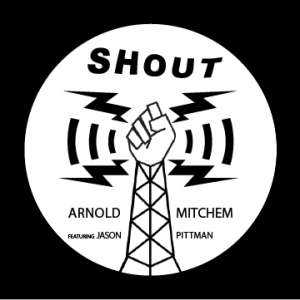 North Carolina based singer-songwriter Arnold Mitchem has proven to be a blues-rock powerhouse. His career is storied and successful – Mitchem has co-written songs with Sylvia Massey, and he has shared the stage with legends like Danny Carey, John Humphrey, and Jeff Buckley. He has also provided music for multiple TV shows, including Buffy the Vampire Slayer. Mitchem has previously released two solo records, as well as two collaborative records with the Bourgeois Gypsies. His latest release is a record titled Drive, and today we’re listening to a single off that record – Shout.

This track was written quite a while back – in late 2018 according to Mitchem and was the last song written for the album it appears on. The constant state of our divided country over serious issues was weighing on him, and with no end in sight, Mitchem wrote this song in response to the growing tensions. The original version of the track was released as a straightforward blues-rock tune but after the murder of George Floyd in June of 2020, Mitchem was inspired to push the track further and asked friend Jason Pittman to add a rap to the track. The result is a hip-hop-blues-rock fusion track that poignantly says what so many across America are feeling.

From the first measure, you can tell that this song is being performed with emphasis. The drumbeat immediately marches steadily forward, in a way that mimics the determined marching of those protesting across the country.

Mitchem’s voice is full of authentic grit and power, the perfect tone to be carrying such an important message. The lyrics are concise but meaningful:

“Shout it from the mountain top, keep working and the change will come.”

The addition of the rap in the remix takes the track in an unexpected but altogether welcome direction. It modernizes the track and brings to light the issues that inspired the song in the first place. In fact, the unconventional hybrid of genres here is a great representation of the message the song is conveying – no matter our differences, now is the time for us to stand together for what we believe in. Arnold Mitchem has genuinely captured that sentiment in Shout – it’s this kind of compelling anthem that inspires change in each of us that we need more of from today’s musicians. 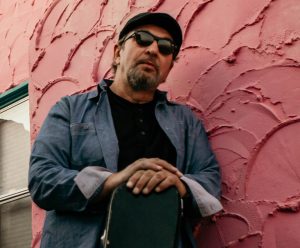 BELOW:  Listen to his single Shout, and connect with his website and social media platforms. Please support Arnold Mitchem by visiting him online, and playing, downloading, and/or purchasing his music, or attending a live show! And, as always, thank you for supporting real music!

Listen to SHOUT by ARNOLD MITCHEM: