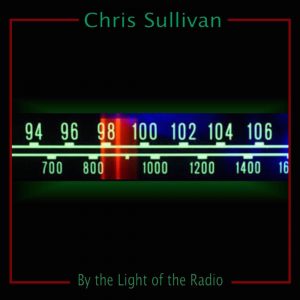 Though born in Jacksonville, Florida, singer/songwriter, Chris Sullivan, grew up 240 miles north in Charleston, South Carolina. It is the music of that town with which he credits the development of his artistic drive, and the yearning to find his own voice and sound.

When he’s not busy performing at venues around his home state, he’s in the studio creating more of that honest-to-goodness style of music for which he’s become known and appreciated. Previous work includes 2016’s Live in NYC EP, and 2017’s The City That Never Sleeps (single). In anticipation of his forthcoming album, By The Light Of The Radio, Sullivan has released the album’s title track single.

“This is probably one of the most straightforward, personal songs I’ve written. It was during those countless hours spent by the radio that I met my musical heroes, I found comfort, I found inspiration, and most definitely found myself!” 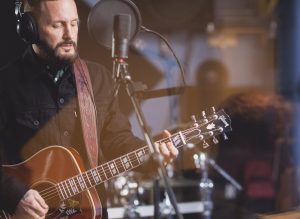 Acoustic guitar and harmonica open this wholesome, Americana-rock number, which has a musical feel of 90s-era Goo Goo Dolls with a vocal warmth that shows flashes of the great Neil Diamond.

As the song quickly expands into a full-on piece of electric-rock, Chris Sullivan’s every-man storytelling creates a nostalgic track with substance and heart; describing a time—not so long ago—when the radio held a magical ability to change the mood of any moment, and to make any dream feel within reach…

“As time went on, all those songs on the radio led me down the road I chose
When I think back to the past when things got bad, I’d just turn the dial and go
To some place far away, a place I could escape
By the light of the radio…”

BELOW:  Listen to Chris Sullivan’s single, By the Light of the Radio, and connect with his website and social media platforms. Please support Chris Sullivan by visiting him online, and playing, downloading, and/or purchasing his music. And, as always, thank you for supporting real music!

Listen to Chris Sullivan’s single, By the Light of the Radio: