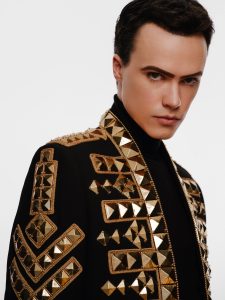 Every once in a while, a classical pianist comes along with the ability to breathe new life and vigor into a field that has been rigorously excavated. Christopher Jessup is one of those pianists. His profound ability has earned recognition from the most respected entities in the world of classical music and his stellar career has seen him appear as a soloist with distinguished orchestras all over the world.

Jessup is also an accomplished composer and his works have been performed by the Juilliard and Brno Contemporary orchestras, amongst others. One of these compositions, Le Revenant, is featured on his latest EP – the eponymous Christopher Jessup. We reviewed his album The First Movements, earlier this year. With that release, Jessup highlighted opening passages from a selection of revered classical pieces. His latest EP features several of these performances and was intended as a compilation of his finest performances to date. As you would expect from such an admission, the standard of playing is excellent.

Préludes, Book 1, L. 117: No. 12 “Minstrels” begins the proceedings. It is a Claude Debussy piece that is known for its choppy and mischievous disposition. Jessup masterfully handles the syncopation of the opening motif, with its rapid, staccato phrases. He shows immense control in his left hand, playing the triplet notes in the bass with precision and grace. His dynamics are sublime throughout; countering fervent scale runs with gentle, considered, chord resolutions. 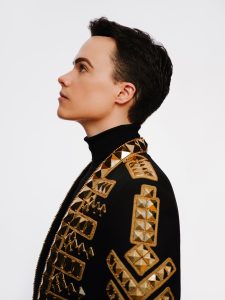 Another highlight from this set of recordings is his rendition of Mozart’s Piano Concerto No.19 in F major. Played at a blistering pace, with an orchestra behind him, it is a breathtaking performance from start to finish. Jessup’s dynamism is once again on display with this one. At times, he plays the upper melody so softly that it is nearly inaudible, only to roar back to the forefront as he navigates the sonata’s dramatic moments.

Jessup is proving himself as one of the finest pianists around. His new EP only further cements this reputation and these six performances will serve as an astonishing introduction to listeners who have not yet heard his playing. Bravo!

BELOW:  Listen to Christopher Jessup and connect with his website and social media platforms. Please support Christopher Jessup by visiting him online, and playing, downloading, and/or purchasing his music, or attending a live show! And, as always, thank you for supporting real music!