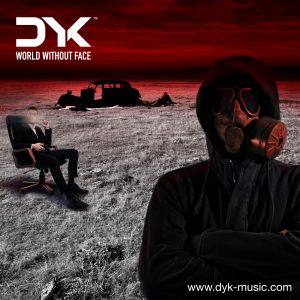 Officially formed in 2015, the electronically influenced alt-rock band known as DYK (Do You Know) actually began as a production project in a garage in Deerfield Beach, FL in 2014…no band intended. Fast forward a few years, and the band has found it’s tribe. The creative center of the band is the rhythm section, where members JE Zerpa (drums, percussion) & Oscar Fanega (bass guitar, backing vocals) build their compositions. The final piece is a lead vocalist known only as The Ghost.

Their latest single, All Criminals, is an intense electro-rock jam which seems to warn each and every one of us that, as a result of the abuses Mother Earth has suffered at the hands of modern-man, a time of reckoning may be inevitable… 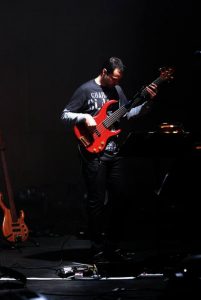 “Here comes the war
Forget the laws destroy the earth
Won’t see the signs
The floods, the rain, the earth complains
By GOD we kill
We feel the breath of empty space
All gods are dead
The way of modern men”

Influenced heavily by legendary 80’s artists such as The Police, Rush, Peter Gabriel, and Depeche Mode, the boys of DYK have focused their sound into a platform from which they—without subtlety—take on many of the political, social, and environmental issues we face today. And, whether you agree with their message or not, their dedication to a cause is admirable. 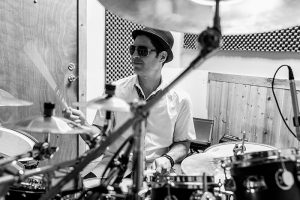 (All Criminals is the first track from the band’s debut album, World Without Face. Currently, you can stream that album from their homepage, HERE.)

Below, you can listen/watch DYK’s single/video All Criminals, and connect with their website, social media, and download platforms, Please support DYK by visiting them online, and playing, downloading, and/or purchasing their music. And, as always, thank you for supporting real music!