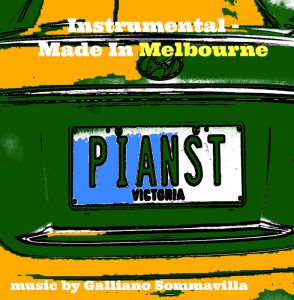 Breathe. Rain in My Bathtub. Welcome to My Side of the World. An Ethereal Landscape. The instrumental work of Australian composer Galliano Sommavilla has been gracing the virtual pages of The Ark for quite some time. Galliano’s music is undoubtedly among the ranks of our favorite instrumentalists, and his prolificness at his craft is a welcome bonus.

And now we once again find ourselves on the edges of our seats, a brand new Galliano record in hand. This most recent release is titled Made in Melbourne, a ten-track instrumental work whose contents were originally found on the ever-impressive 365 songs in 365 days project that Galliano completed in 2013-2014. In the seven years that have since passed, Galliano’s mixing skills have improved, and additionally he’s learned how to master his own work. This new skill set is the basis for the rerelease of these songs, and it is a diverse, well-rounded showing of the brilliant music that we find on Galliano’s albums again and again.

We’re introduced to this album with firey intensity. All Systems Go! is dramatic, foreboding, and dark. The contrast between its primal rhythms and metallic synths paints a picture that is as otherworldly as it is innate. The track gains momentum in a positive direction as it advances, adding rich layers of synths and turning towards a more optimistic melody; this kind of story-like progression is a classic feature of a Galliano track.

A Classical Affair has a surprisingly modern beat, but that is quickly tempered by the classical guitar and strings that command the track. The delicate, sprightly nature of the guitar is a perfect complement to the long, droning notes from the strings, but don’t overlook the bass. In the section of the track where it isn’t present, there’s suspense to be found in awaiting its return, and a return to fullness. This is a perfectly smooth and extremely satisfying addition to the record. 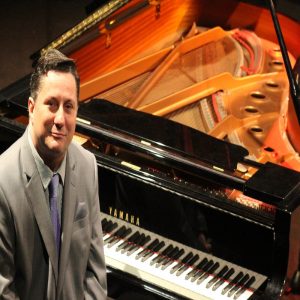 The intro to Unusual Connections grabs the ear right away, with its radiant chimes and its quick moment of a front-and-center vocal. This one leans heavily in an electronic direction, with a twangy, metallic leading synth, but plenty of strings to keep things warm and organic.

Dramatic is perhaps the best way to describe Bon Voyage. Opening with a lone a cappella vocal, this track quickly opens into a cinematic power ballad, with plenty of anticipatory energy. There is plenty of movement here, a rise and fall in intensity between sections, highlighting different parts of the arrangement at key moments, before bringing everything back together in unified, somber harmony.

The Marching Pride lives up to its name in its entirety. A military drumbeat finds itself at the heart of this song regularly throughout, accompanied by a warm, strong melody that creates an inspiring, uplifting atmosphere. It’s intense without being downtrodden; it’s a happy ending at the end of a long war movie. You can almost see the company of soldiers coming up over the hill, coming home. It’s extraordinarily visual without ever uttering a word.

Farewell Thee, Kind Sir is full of unexpected changes. Based on the name, and the haunting, siren-like intro, one would be expecting perhaps a track with sea shanty or even Irish folk overtones. Instead, we’re quickly handed an electronic drum beat and a catchy main melody with plenty of pop influence. The keys enter and the entire track softens, but it never loses its energy.

This is the kind of track that fully encapsulates the true range of Galliano’s compositional style. He includes quite a number of style influences when speaking about this project, including ambient, chill, world, electronica, experimental, soundtrack, soft jazz, pop, new age, and several others – and each and every one of them is present on this album. For many songwriters, incorporating this many influences creates chaos and uncertainty in the listener, but Galliano’s work always feels natural and cohesive, no matter how many vastly different elements he chooses to incorporate.

There is real depth in this music, a warmth and a richness present in these compositions that permeates them – and the listener by extension. You can feel the passion and the authenticity poured into Made in Melbourne. Perhaps it’s in part of the improved mixing and mastering, as the production on these tracks is beautifully balanced and serves to only better highlight the stunning melodies and arrangements that Galliano Sommavilla has put together. But it’s just as likely that Galliano is the kind of composer whose work is so expressive, so immersive, and so consistent, that even after nearly a decade (and likely for decades to come), these songs resonate and inspire the same way they did on the day they were written. And that is true musicianship and artistry at its finest.

BELOW:  Listen to Made in Melbourne and connect with his website and social media platforms. Please support Galliano Sommavilla by visiting him online, and playing, downloading, and/or purchasing his music, or attending a live show! And, as always, thank you for supporting real music!

Listen to MADE IN MELBOURNE by GALLIANO SOMMAVILLA: