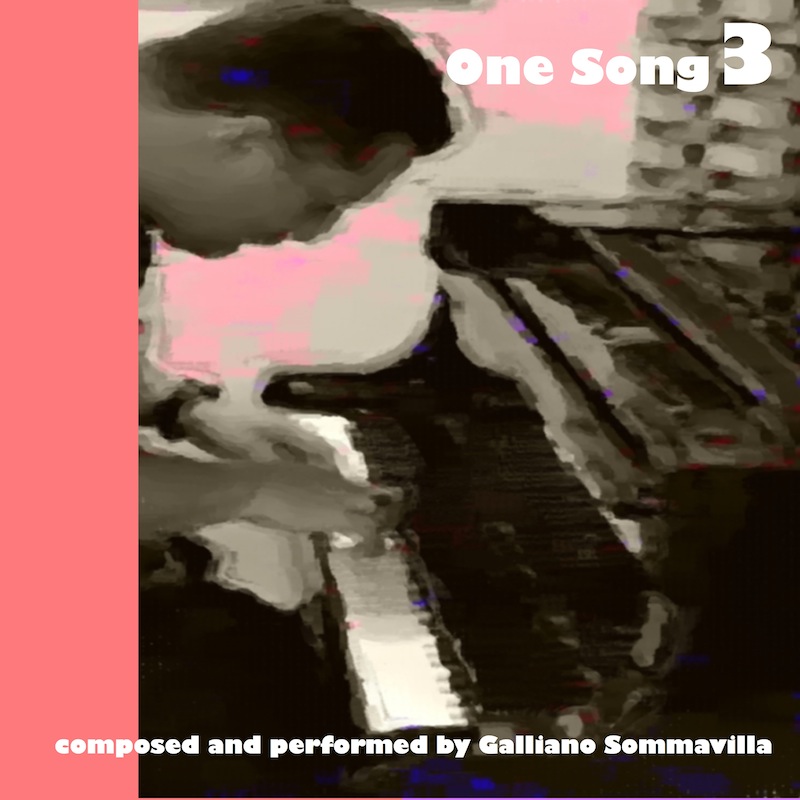 We called part one a “…timeless and supernatural experience.”

We described part two as, “Divinely inspired. Expansive. Other worldly.”

After some thousands upon thousands of hours of effort and work, eventually one comes to speak the language of his instrument so thoroughly and completely that the musical spirit or muse is then allowed to lead as the performer ascends to become the instrument.

Such is it with pianist, Galliano Sommavilla.

With a host of multi-genre projects to his name, between May 6 2013 and May 5 2014, the Melbourne, Australia master succeeded in the creation of his Original Song A Day For A Year project. Now, we are gifted with what we guess is the completion of the epic One Song trilogy—though we hope for more. Ladies and gentlemen, we present to you, the live single-take recorded, One Song 3.

Opening is a soft and delightful cascade of notes which immediately feel like a long-anticipated exhale, an ending of sorts. It appears we’ve begun our new journey at the end of another, and the color of it all is fleshy and beautiful.

Three and a half minutes in, we arrive at our very first emotive apex, which carries us to the 5:00 mark. That ninety seconds is some of the most beautiful music I’ve ever encountered. If you just breathe it in…

The subtle melancholy in the transition at 8:00 feels as though Sommavilla was trying to capture some divine insight into the music. Surely he’s seen something unexplainable, and here is his attempt to describe it. 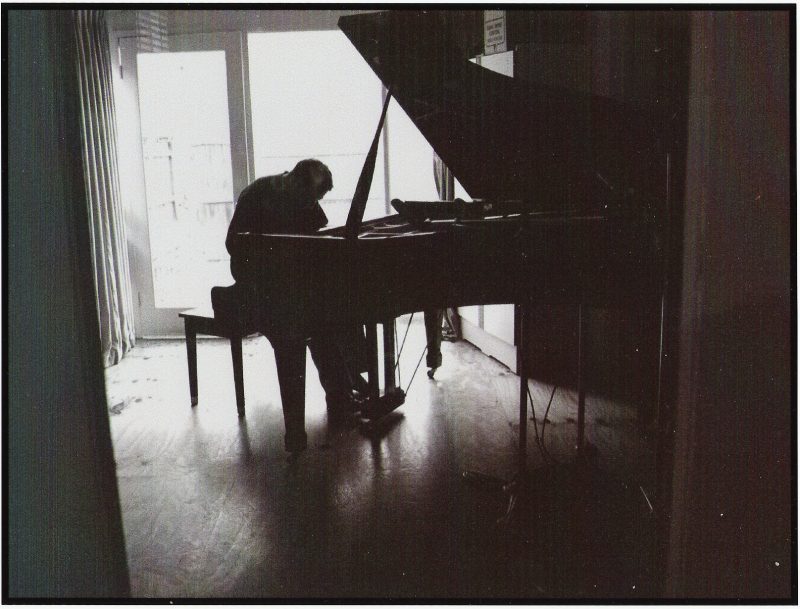 There is a recurring brightness to part 3. At some risk of over-defining, it could be described as the feeling of a permanent solution. A new way of seeing the world. A sovereign perspective gained not despite the trial—but in honor of it. Put simply, One Song 3 is the song of Buddhas, an expression for expression’s sake, and no more.

This brightness is expressed as two primary currents which dominate the storytelling. The first is celestial in nature, not of the earth. The second is completely grounded in the natural world. The former is an omnipresent expression of is’ness. The latter is a thoroughly innocent and curious exploration of what it means to be human; of what it means to integrate the timeless with time, the ether with flesh. This alternation of currents creates a density, then lightens. Infuses, then releases. Breathes in, then exhales—throughout the entirety of the project. Until 38:20, where finally the two merge. And for the remaining three minutes, the two are one voice in a sonic moment of now.

IN CONCLUSION…
Essential and timely. Vibrational respite. Musical medicine. Galliano Sommavilla’s third installment to the One Song saga, One Song 3, comes to us at just the right moment in our history as a species. Here and now, while the world secludes, isolates, and waits, saturated in the fear of unknowing; here is the elixer. Here is the potion. Here is the remedy. A causer of calm. A bearer of peaceful rest. A heart-centric moment during an overly-intellectualized time.

Put your thoughts away, if only for the mere forty-one minutes and twenty-three seconds that is One Song 3. Give yourself a chance to see the world differently. But beware… you may never be the same again.

WHOSE LOVECHILD…?
A stirring & masterful amalgamation of Classical, and New Age piano music…

BELOW:  Listen to music from Galliano Sommavilla’s album, One Song 3, and connect with his website and social media platforms. Please support Galliano Sommavilla by visiting him online, and playing, downloading, and/or purchasing his music, or attending a live show! And, as always, thank you for supporting real music!

Listen to music from One Song 3 by GALLIANO SOMMAVILLA: