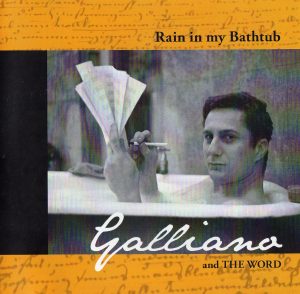 We’re always thrilled to find ourselves on the receiving end of work from Australian artist Galliano Sommavilla. His catalog is as vast as it is impressive (you can check out some of his other work here), and we feel privileged to be able to listen to and write about such masterful musical compositions.

“The piano I played was a Steinway, probably a 70’s or 80’s model, but I still believe it was one of the best I have ever touched. It sort of spoke to me.” – Galliano Sommavilla

Today, we’re taking a look at Galliano’s debut album – Rain in my Bathtub was originally recorded n 1995 and released in 1996. Releasing the album at the well-renowned venue “The Continental Cafe” in Melbourne, Galliano surrounded himself with other talented musicians for his first work – Steven Michaelsen (drums), Lance O’Reilly (violin), Peter O’Reilly (cello), David Rosa (bass), and Bernie Brysha (double bass). The majority of these songs 17 were recorded in only one or two takes, creating an electric live feel that only adds to the impressive nature of these incredible songs.

Galliano’s unparalleled piano skills are on display from the very first measures of this album. It opens with The Awakening, aptly titled for its dynamic and dramatic flair. The contrast of the bright, intricate keys against the warm depth of the cello is inviting and captivating. The track rises and falls, dancing between melancholy and optimistic melodic sections. The percussion – a complete drum kit in full swing from the very beginning – adds a great level of urgency and movement to the piece. 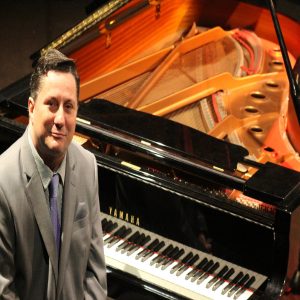 Bow Fly has many of the elements we’ve come to expect and love in a “typical” Galliano composition – if there even is such a thing. An impossibly delicate piano melody dances over the deeper rhythmic notes, gently introducing moments of dissonance before resolving and lightly flitting to the next section. It deepens as it progresses, but not all at once – it’s a very gradual shift from the lace-like delicacy of the introductory notes into the deeper, impassioned melodies that take over in the second half of the track. This features the piano alone, and we agree wholeheartedly with that production choice – this gorgeous composition needs no help from other instrumentation.

The track called Cappuccino, Caffe Latte, Short Macchiato (The Coffee Song) grabbed our attention based on the title alone. Here, Galliano and his band find themselves again exploring a contrast between minor and major melodic sections. The slow start followed by a bouncy, bright melody over darker instrumentation, leading effortlessly into an exuberant and joyful peak occurs three times in this track. We can only venture a guess at its meaning, but this seems to mirror the drinks referenced in the title in a striking way – each section (or drink) displaying distinct similarities to the other, but also maintaining its own marked differences.

The Holy Trinity is uptempo and energetic from the very start – something we weren’t expecting based on the name, but we’ve learned never to let a track’s title give us too many preconceived notions when it comes to Galliano’s work. This track isn’t without its softer moments, and it has a lovely ebb and flow across its length, combining its brightness with a few dramatic drum moments and expressive piano sections. It has a strong, familiar melodic section that acts as a refrain, something that isn’t always present in Galliano’s music. But we find that whenever refrains do occur his repeating melodies are incredibly memorable – another testament to his compositional skill.

There’s a really interesting use of breaks in the first few minutes of Dawn at Dusk; the entire band abruptly comes to a stop several different times at fairly unexpected moments. This kind of experimentation – when executed well like it is in this case – is a great way to keep your listener’s attention throughout the track. The second time we come to the section where a stop occurred the first time, your ear is more intently focused on the melody, wondering if this time will be the same or different than the last. In the second and third repetition of these phrases, the band plays straight through, an enjoyable changeup.

We love the concluding track Food For Thought for a number of reasons. Many of Galliano’s albums end with a song that feels like it should be playing when the credits of the film that all these songs could be used in roll, and this album is no exception. Food For Thought is gentle without feeling unintentional and has a wonderful build from mild to fairly strong and intense. The inclusion of the full drum kit is once again a great element, providing a more rigid structure and a more pronounced rhythmic feel.

And The Earth Stood Still is another solo piano track. It’s not the only one on this album, nor does it stand alone in its level of skill or impressive nature of the composition itself. But this track just radiates emotion of the highest intensity, brought to life by some of the most impressive piano playing we’ve ever been fortunate enough to listen to. Dramatic is in fact hardly an emotive enough word to describe it.  It combines an impeccable level of complexity and simplicity, accentuating both the softer and more pronounced moments flawlessly. Despite this being the performance by just a single instrument, it conjures feelings of silver-screen apexes and heroic tales, of epic stories coming to equally epic conclusions where good triumphs over evil, and peace is restored to the world. This track, without question, belongs in a movie.

Galliano tells us that some of his friends think Rain in my Bathtub is his best album, even after all these years. We might be inclined to agree. Try to keep in mind that each of these tracks was completed in only a take or two while you’re reveling in the unquestionable amount of skill required to not only write but also perform these incredible compositions. It almost seems impossible at times that this level of music aptitude could flow so seemingly effortlessly out of any person. But this is Galliano Sommavillawe’re talking about here – and he’s shown us once again that his abilities truly know no bounds.

BELOW:  Listen to Rain in my Bathtub and connect with his website and social media platforms. Please support Galliano Sommavilla by visiting him online, and playing, downloading, and/or purchasing his music, or attending a live show! And, as always, thank you for supporting real music!

Listen to BOW FLY from RAIN IN MY BATHTUB by GALLIANO SOMMAVILLA: