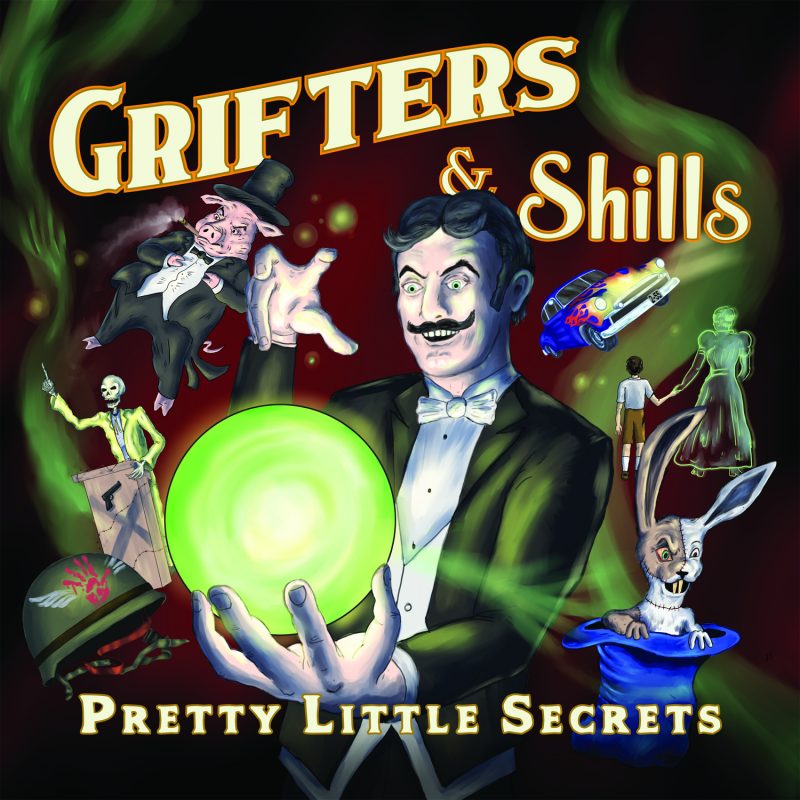 “We had a chemistry that we couldn’t ignore, and immediately started writing together.”

Houston, TX-based Rebecca and John Stoll, met and married as a result of performing together in the jam band Blue Funk ten years ago. Their chemistry, however, extends well beyond their love for each other. Rebecca’s love of country-folk has collided with John’s forte for metal, resulting in their duo, Grifters & Shills (named for the American depression-era traveling minstrel shows, where the Grifter would sell the wares on stage, and the Shill would be the plant in the audience to verify the wares worked as advertised).

Together with guitars, bass, a stomp board, harmonicas, and an occasional kazoo, this married couple have been making some quality noise for some time now. Their seven albums date back to 2010’s Blackjack Road, 2012’s Now & Then, 2013’s Trainwreck Junkyard, 2014’s Watershed, 2017’s Road to Brownwood, 2018’s Long Tongue Liars, and this year’s epic 16-track project, Pretty Little Secrets, a musically skilled and conceptually provocative collection of songs which do the indie music scene high-justice.

The album opens with hard truth and spitfire riffs in, Running Out, a cleverly written admonishment of mindless faith, which instantly brings to mind the likes of Black Horse Motel. There’s an immediate personality in this music, an undeniable precision in its performance, and a timely relevancy to its message…

“…the things that make you who you are, are not necessarily in line with what people expect of you. Following that path may let a lot of people down. But denying it will kill who you are.” A minimalist ode to being yourself, thinking for yourself, and deciding for yoursef; Music Man adds grit and constitution to an album that’s only two tracks old thus far. Be sure to listen for the handmade gourd banjo.

Sweeter With Wine has a juke joint blues feel with a country twang. (Think:  Junior Kimbrough meets Loretta Lynn). And all while exploring the best-worst of the human condition…

“You know I’m gonna
Get by, love it in the mean time
Stale bread tastes sweeter with wine
Take yours, baby I’ll make mine
Broke down but feeling fine…” 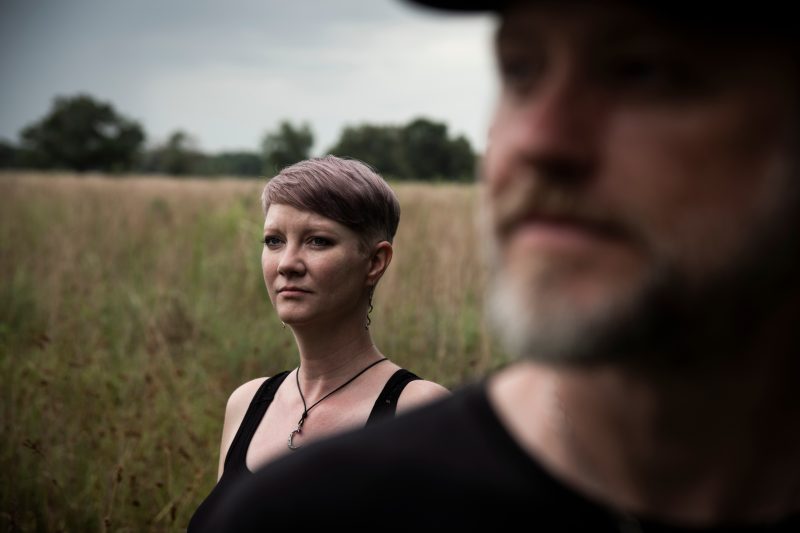 A gorgeous melody, softly finger-picked on an electric guitar supports, Disappear, the album’s most emotive track, a song about trying hard to see loss and change for what it is and what it can be—good, bad and ugly. Says the band, “Singing the song feels like treading on hallowed ground, formed on delicate respect and acknowledgement that we will all lose something or someone, that everything will change, that in death and in loss, there is love and beauty.” It’s our second favorite on the album.

OUR FAVORITE TRACK…
Regardless of joy, bliss, god, and whatever else we chase, there is only one force time after time which unites us. And that is our shared pain. For it is our pain that relates us, binds us, causes us to unite and ultimately to love. This album’s 10th track, When The Deed Is Done, pays homage to this kind of pain and to the struggle it inspires. This is a redemption song; and with little more than vocals, electric notes, and a kick and tambourine far-off in the distance, its gorgeous minimalism beckons the listener inside, to relate, to bind, to love. Damn, what a song…

Dedicated to friends who lost it all in a flood, the soulful southern rock ballad, Hell & High Water, has that stop and listen quality. More pain. More love. And Rebecca and John make you feel the loss. Even the tone on John’s guitar solo at 2:15 is dripping with melancholy.

How do we love a loved one even when they make destructive choices? How do we help without enabling? How do we give back freely? The sad and tender 2:28 that is, Last Leaf Has Fallen, offers solace amidst the great ironies of life.

IN CONCLUSION…
Colorful. Creative. Absolutely laser sharp. Deserving, destined, and dense with a combination of articulate and contemplative lyrics, and a highly skilled and explorative musical aptitude. An instant candidate for The Ark of Music’s Top 10 of 2019. And, with sixteen songs, Grifters & Shills’ seventh album, Pretty Little Secrets, delivers not only in quality, but quantity as well.

What’s most satiating, however, is not necessarily the veteran musicianship, or the deluxe instrumental adventure. It’s not necessarily the tight vocal harmonies, the bluesy riffs, or the razor-tight production. It’s the writing. Rebecca and John Stoll’s eyes are wide open, and they’re putting it all to pen. Every kernel of depth. Every morsel of emotion. Every hypocrisy. Every irony. It’s all there, thoughtful and substantive. The painstaking measure of which was taken to create this beast-of-an-album is not beyond one single listen. And, you should.

BELOW:  Listen to music from Grifters & Shills’ album, Pretty Little Secrets, and connect with their website and social media platforms. Please support Grifters & Shills by visiting them online, and playing, downloading, and/or purchasing their music, or attending a live show! And, as always, thank you for supporting real music!

Listen to music from PRETTY LITTLE SECRETS by GRIFTERS & SHILLS: