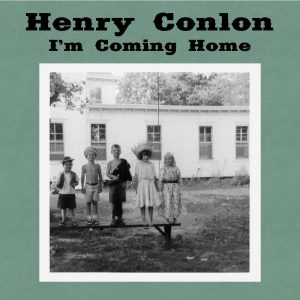 Dark and deep, winding around through somber melodies and a haunting soundscape. For fans of modern, simplistic, soulful Americana – I’m Coming Home by Henry Conlon is about as good as it gets.

Currently based in Nashville, Conlon has been a songwriter since he was in high school. His move from the northeast to Music City was preceded by the release of his first record, which was enthusiastically received by his small but loyal fanbase. In the summer of 2020 Conlon returned to the studio to revisit a song that had been previously produced as a full-production track, and the result is the bone-chilling, stripped-down version of I’m Coming Home that’s been released on 12/18.

This track is a wonderful melding of a twangy cowboy vocal, a full bodied acoustic guitar, and some incredible fiddle work that really gives this track the “lonesome rider on a dark and dusty highway” feel. It’s a bit of an art form in and of itself – knowing when a song can even taller among simple production choices, that is – but this is a case where allowing the few involved instruments to shine is definitively the right call. (As a matter of fact, we did take a listen to the previously released, full-band version of this track, and while it does add a different color and drive to the song, we greatly prefer this version).

Conlon tells us that the song explores “themes of identity, alcoholism, self doubt and perseverance“, and the lyrics paint these concepts without question. His particularly soulful sound lends a great deal of authenticity to the track – his voice is one part country, one part folky, and one part Americana. With the grit and power he possesses, we’d be willing to bet he could sing about practically anything and make it sound genuine – an uncommon and coveted trait in a world where new country music leans more into the over-processed pop space every day.

This spellbinding version of I’m Coming Home is available at all digital music outlets as of 12/18. Fans of Jason Isbell, Justin Townes Earle, or Tyler Childers, don’t sleep on this one – because with music of this caliber, this will be far from the last time you’ll be hearing about Henry Conlon, and we’d recommend you get on board this train right away.

BELOW:  Listen to I’m Coming Home and connect with his website and social media platforms. Please support Henry Conlon by visiting him online, and playing, downloading, and/or purchasing his music, or attending a live show! And, as always, thank you for supporting real music!