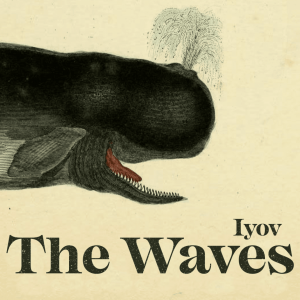 Songwriter Will Watson may not be a tenured musician, but upon listening to his debut single, you’d never know it. Releasing music under the pseudonym Iyov, Watson has recently penned his first release, single The Waves, set to release on October 2nd of this year. In his sole release so far, he’s managed to capture a piece of the iconic modern indie-folk sound and put his definitively unique flair on it, creating something that feels as familiar as it does new.

” Iyov’s tunes provide some solace for the traveller, an outcropping to sit by the fire, and rest.”

An onslaught of personal struggles has brought Watson to delve into the world of musicianship. Seeking renewed purpose after the end of a relationship, he set out to express his innermost thoughts in whatever medium felt right – and indeed, we couldn’t agree more that songwriting was an excellent choice of outlet for his pent up thoughts.

The song opens with a gentle violin above a driving acoustic guitar that carries this song from its first measures. These are later joined by string bass, piano, drums, and mandolin, slowly building to peaks at each chorus and crashing back down, only to rise slowly again. In fact, the structure of this track appears to reflects its name, distinctly reminiscent of waves crashing into the shore.

The lyrics and the voice performing them are both high points of this track in their own right. Watson has a knack for a particular style of poetic lyricism, along the lines of Mumford & Sons or Bon Iver. But these are made twice as enjoyable by the tone of his voice in this performance. It’s soulful and fervent, inherently dynamic, and the perfect vessel for this message. From the audio alone, you can feel that he means every word that he’s singing – that kind of conveyed passion has become further and farther between in the majority of modern music.

Watson tells us that The Waves is about change, and like many others in this troubling time, he has managed to eke inspiration from the chaos. He does a masterful job in capturing what so many are feeling in regards to this unprecedented, unnerving year in one simple line in the hook:  “And they will say honestly, can you believe?” The ability to evoke so much feeling with a single sentence is a mark of a skilled songwriter, so much so that we have to keep reminding ourselves that this is in fact Watson’s first-ever release.

We haven’t been quite so excited about a new artist’s debut in some time, and we’re already on the edge of our seat waiting for whatever comes next from Iyov – he’s told us of plans for two more tracks to be released this year. If you’re a fan of that modern indie-folk sound, do yourselves a favor and set aside a few minutes for The Waves when it premieres on October 2nd. We can say honestly, you will not be disappointed.

BELOW:  Listen to The Waves and connect with his website and social media platforms. Please support Iyov by visiting him online, and playing, downloading, and/or purchasing his music, or attending a live show! And, as always, thank you for supporting real music!

Listen to THE WAVES by IYOV: