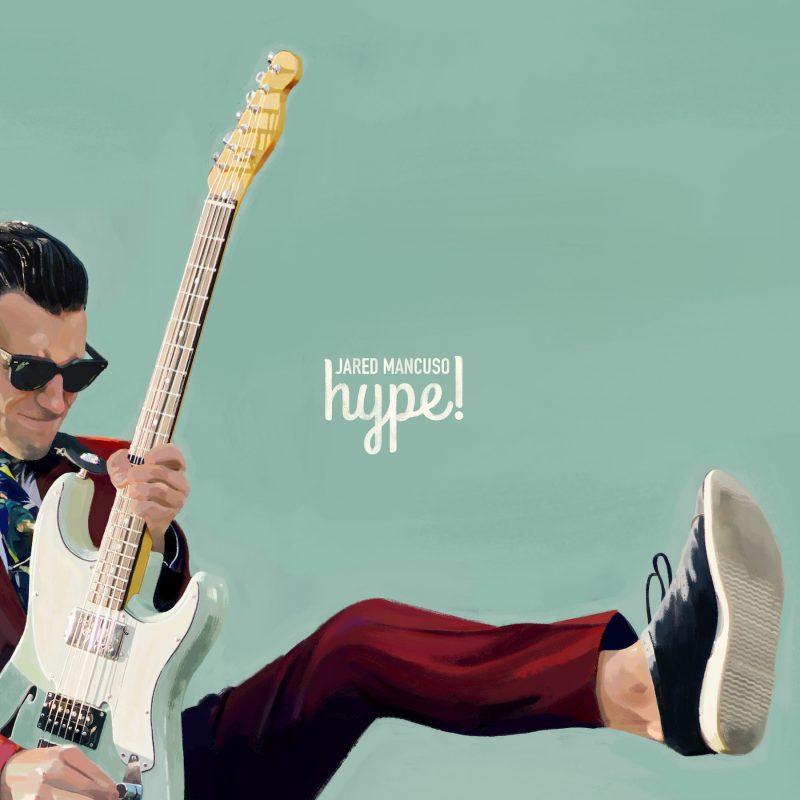 Punk and Garage rock-heads:  Maybe you know—maybe you don’t. If you know—good on you. If you don’t—thank me later. Cuz here’s the deal, Jared Mancuso, the bright multi-talented multi-instrumentalist from Philly, the man who previously brought you the likes of 2012’s A Very Pleasant Person, as well as 2016’s Superdope (a project we called, “…an album that is not only technically and musically wonderful…it’s just plain fun.“), is set to release his third solo album.

Ladies and gentleman, may we present to you, Hype!, a collection of songs that not only represent Jared’s ongoing musical [r]evolution, but also his awareness of the culture around him and his ability to articulate what he sees—particularly in the realm of social-media—into words and music. (For much more on the man himself, be sure to check out our full interview with Jared Mancuso at the link below.)

OUR FAVORITE TRACK…
God Damn! Hype! explodes into being with, Splendor, an absolute beast of a track that sounds like Weezer on steroids. Electric riffs with laser-like precision, join their percussive equal in what I’m certain is a raucously ironic take on the verbose state of Americanism. I love this track…

“Total havoc makes it hard to keep intentions clean and pure
Welcome to the revolution mount your ride and grab your sword…
(c’mon!)
Ride into glory, kick down the door
Destiny’s calling, take what is yours
Splen-dor…!”

Have you ever needed something so bad—that you didn’t know it until you finally had it? Well, as bizarre as that may sound, it’s how I felt the first time I heard the Zeppelin-esque buzz-saw riff in, Extraordinary. It was a moment where I was like, “YES! THAT’S WHAT I NEED TO HEAR! f*#@ YES!” Says Mancuso about this refreshing and punky track…

“People have always been nosy. ‘Oh did you hear? So-and-so said blah blah blah.’ But now we’ve almost crossed the threshold into​ voyeurism meets encouragement of behavior, good or bad. We can just observe what’s happening in so-and-so’s life, and then give it what I call a ‘hate-like’ and keep scrolling onto the next person we’re pretending to care about. It’s just really exhausting. Emotionally, mentally, even physically. So, Extraordinary is saying, you know, turn it off—it won’t be scary.” 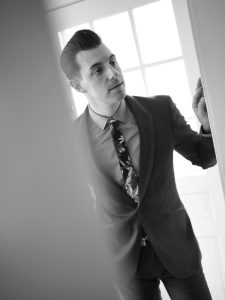 The instrumental break, from 1:13 to 1:43, in the album’s title track, Hype!, is another thirst quenching bit of modern rock’n’roll, with its wildly creative and delicious contrast.

OUR ‘OTHER’ FAVORITE TRACK…
That’s right, I’ve got two favorites on the album. Forty-two seconds into, Play False Blues, (a track which serves to scold a few of Mancuso’s favorite artists who’ve forgotten themselves), some kind of nuclear explosion occurs; then again at 1:53. The song toggles—brain-meltingly—back and forth between something Primusy, and something like mid-90’s Pumpkins. It’s—completely—sick.

Concluding the album with, Make It Right, Mancuso finishes right in his wheelhouse with a blend of punk, alternative, and surf-rock, that comes off with just a hint of Blink-182.

IN CONCLUSION…
Well, honestly, I feel like I’ve left it all out on the court with this review. I mean, seriously. At the end of the day, what we get with Jared Mancuso’s third solo album, Hype!, is basically his 2016 project, Superdope—times 10. Or, times 100. Whatever. You get the point, right? You hear it too, right? The riffs are stronger—and at times shake your guts. The rhythms are harder and angrier—in a good way; the lyrics are compelling and substantive. On that note, I’ve learned to love a Mancuso “C’mon!”, because I’m guaranteed a riff that can burn my house down is on-deck.

Ultimately, what we have here is an album to make rock-expats come’on home and love rock again. This is the kind of music that holds its genre up, creates a new bar, and makes me proud to do what I do as a music writer.

WHOSE LOVECHILD…?
Weezer meets Jack White with a twist of The Cramps…
(Yes, I understand the company I’ve just named. Perhaps you should listen to this album, ay?)

BELOW:  Check out our full artist interview with Jared Mancuso, listen to music from Hype!, connect with his website and social media platforms, watch his music video, check out his live show/tour schedule, and find his booking & contact information. Please support Jared Mancuso by visiting him online, and playing, downloading, and/or purchasing his music, or attending a live show! And, as always, thank you for supporting real music!

Check out our interview with JARED MANCUSO:

Listen to music from HYPE! by JARED MANCUSO: