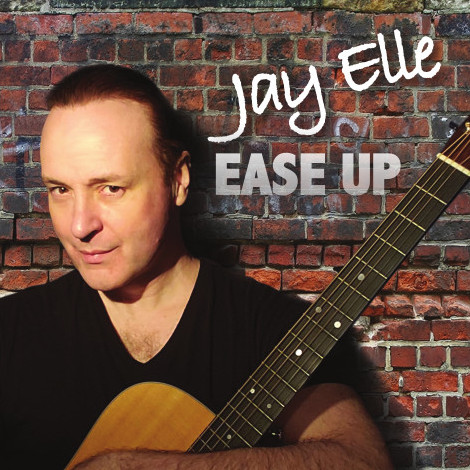 During a serendipitous interlude at a very young age with a musically inclined cousin, New York City-based singer-songwriter, guitarist, Jay Elle, learned just a handful of guitar chords. His life would never be the same.

“…positive messages in a world that is increasingly tense and pulled apart.”

After playing in bands throughout high school, Jay enrolled at the Geneva Conservatory Of Music, where he studied theory, composition, classical guitar, and vocal training. His attention, however, would soon be pulled toward the more maverick forms of the craft; namely blues, rock, jazz and pop.

“I want the lyrics to be meaningful and energizing. I think there’s a need for simple, well-crafted messages that give people a positive outlook on life.”

Releasing 2017’s Rising Tide, Elle has recently followed up the project with something new; the lovely & crisp, the warm & sincere, Ease Up.

Jay’s sharp & veteran confidence as a musician is immediately present in the soothing pop-acoustic opener and album title track, Ease Up, which offers hints of James Taylor. Both the song’s melody composition and lyrical prose offer a calming sage-like wisdom of yesteryear while never being too verbose, nor too subtle. It’s a more than worthy track to boast the album’s name. 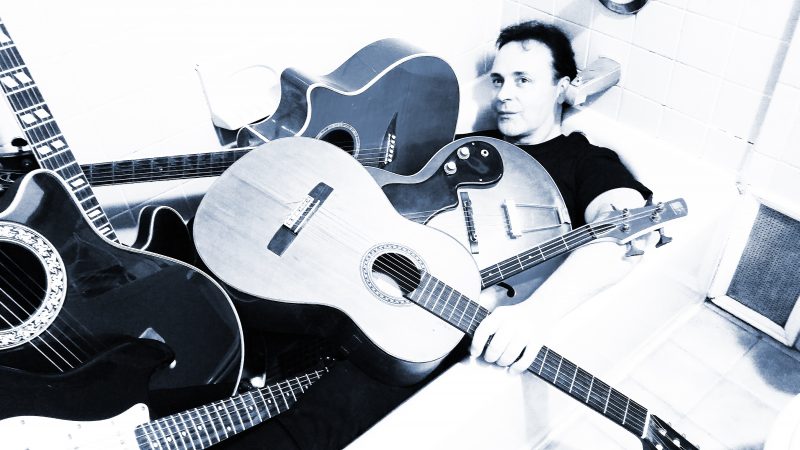 Gentle slide-guitar licks form the backbone of the album’s anti-ambition anthem, Take A Holiday, our favorite track on the project…

Always fans of the melding of acoustic and electronic tones, By The Blade, sports an electronic kick & clap and a catchy theme about breaking away from what & whomever your oppressor happens to be…

The “love as a drug” metaphor has been made by many an artist. And, in his thematically gentle fashion, Elle tells his version of that story in, Sickly Sweet. The album’s closer reminds us of what we all need and want, no matter the cost…

IN CONCLUSION…
A moving dose of softness and warmth. A gentle and peaceful accounting of the modern-day life of ordinary people—executed in anything but an ordinary way. Jay Elle’s second studio album, Ease Up, consists of six hand-crafted songs which are nothing less than totally relatable. Taking the approach of near minimalist simplicity in his composition, the final product of Elle’s ambition is something tender, something authentic, something real. All in all, he’s a singer-songwriter with a sparkling twist of hope, and a dash of unflinching honesty.

BELOW:  Listen to Jay Elle’s album, Ease Up, and connect with his website and social media platforms. Please support Jay Elle by visiting him online, and playing, downloading, and/or purchasing his music, or attending a live show! And, as always, thank you for supporting real music!

Listen to EASE UP by JAY ELLE: