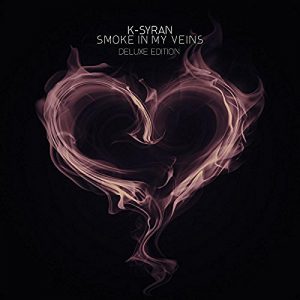 Katrina Syran (a.k.a., K-Syran) is nothing less than a gale-wind force of independent artistry and fierce creativity. She’s a singer-songwriter, a playwright, an actress, a director, and a producer. In her “spare” time, she’s also a dedicated feminist and human rights activist. Though currently based in Geneva, Switzerland, she was born in Norway where her love for music was cultivated while coming of age with a professional drummer for a father.

Hard rock and jazz being the early performance projects of her youth, her sound is ultimately inspired by a passionate fusion of classical, pop, rock, jazz and techno influences.

Smoke In My Veins, her new album, represents a crystal clear manifestation of those influences, resulting in a distinctive electro-sound that is all her own.

The opening track, Hello, sets a sick rock-tronica precedent tone for the album that follows, reminiscent of OG electro-rockers, Garbage, and worthy of the comparison. 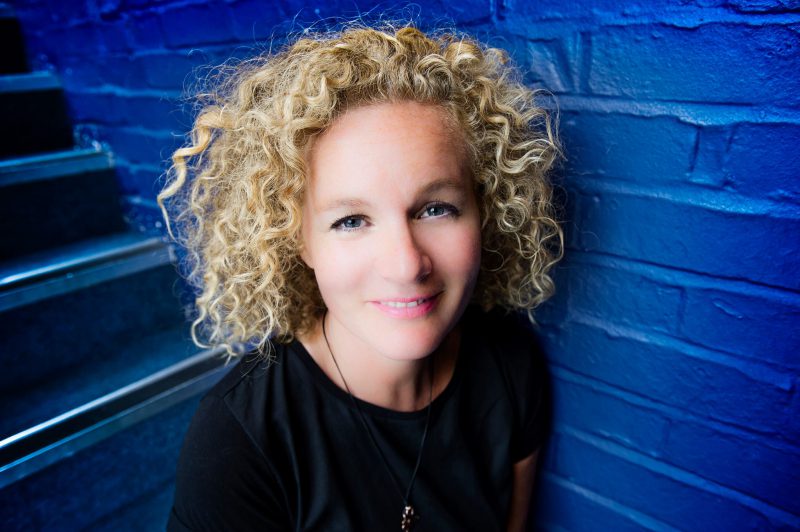 Heartless drives a hypnotic rhythm which pulls toward the darkness with each verse, and recovers toward the light with each chorus. This cut is dense and rich, and ultimately made me hungry for the rest of the album.

I Can’t wraps the angst of unrequited love up into one hell of a banger. The bass kicks, the synth carries. Dance you fools, dance…

“I try to speak, I try to tell you how I’m feeling, but my tongue is tied, when I wanna shout
I try to talk, I try to whisper, I try to make some sound, but all that I, can get out
I can’t…”

Layers of ambient, ripping electric guitars blend seamlessly with synth, kick and snare to create a growing wall of sound which fills up your headphones in You Don’t Love Me Anymore. This song could be used as a template for how to build a textbook electro-pop song.

Smoke In My Veins is proof that love’s vindication does not have to involve the same old sad and melancholy singer/songwriter stuff. Don’t get me wrong—I love melancholy. But, I also deeply appreciate when an artist can exercise her demons while simultaneously making me dance in my chair. Ultimately, taking the 10-track jaunt through the peaks and valleys of Smoke In My Veins is worth the ride. And, don’t be surprised if a few tracks make their way onto a playlist or two of yours.

Whose lovechild…?
Garbage recruits Icona Pop to front the band.

Below, you can listen to K-Syran’s album, Smoke In My Veins, connect with her website and social media platforms, and watch her music video. Please support K-Syran by visiting her online, and playing, downloading, and/or purchasing her music. And, as always, thank you for supporting real music!

Listen to K-Syran’s album Smoke In My Veins: