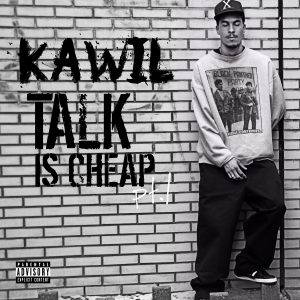 One half of the OBD hip-hop crew, Kawil (aka, Winston Rook) has a flair for honest narratives—to put it lightly. And, in a time where hip-hop has—in great part—followed pop music into a candy-coated, overly-produced, and less-than-honest abyss, Kawil (derived from the Maya God K’awiil—a god of lightning, change and fertility) has chosen to plant his feet and call things as he sees them.

His latest single, Talk Is Cheap pt. 1, is slightly militant, slightly playful, but nothing less than all business. With a fitting sample of Malcolm X in the track’s intro, the song slides quickly into an onslaught of political commentary on the media’s role in dumbing-down the general public through propaganda and corrupt politics. And, at the end of the day, it’s about caring for the kids who have to grow up amidst it all…

“The biggest joke, is to cloak the truth
From the youth, and provoke the youth
With a truth, that’s not true, so behold the truth
While the untold, slowly unfold in the booth” 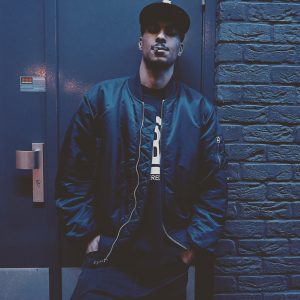 Stylistically, the track has a phat, old-school feel with it’s jazzy, muted clarinet loop and drum mix. Regarding his experience writing the song, Kawil explains, “I wrote the song on a sunny day on the balcony while smoking a cuban cigar, reminiscent of Che Guevara.” I wasn’t surprised that this was the case, to be honest, you can feel that vibe. Check it out below.

Whose lovechild…?
The Netherlands’ own version of DMX.

BELOW, you can listen to Kawil’s single, Talk Is Cheap pt. 1, connect with his social media platforms, and watch his music video. Please support Kawil by visiting him online, and playing, downloading, and/or purchasing his music. And, as always, thank you for supporting real music!