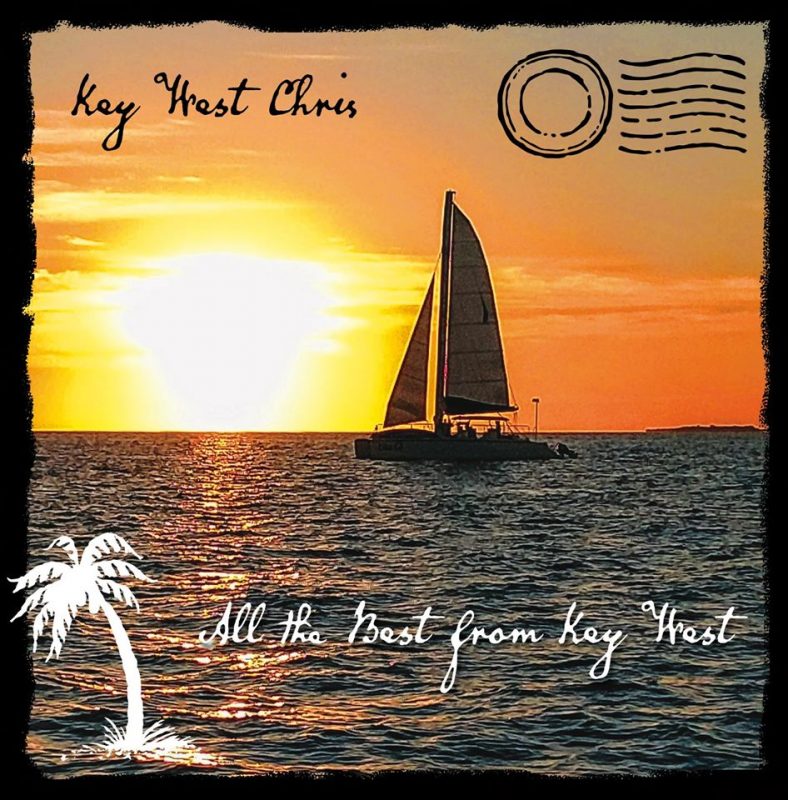 Nashville-published songwriter, singer, guitarist, and author, Key West Chris (a.k.a., Chris Rehm) has called the magical little island of Key West, FL his home for the better part of a dozen years. (Jealous.)

Taking the moniker in order to avoid mispronunciations of his last name, when he’s not doing his solo thing, both Chris and his longtime girlfriend, Dani Hoy, perform in the acoustic duo, The Shanty Hounds, where together they’ve played 354 gigs (and counting) in 2019 alone!

Now, that utopian life on an island that’s a mile and a half wide and four miles long has resulted in Chris’s latest studio effort, All The Best From Key West, a classy piece of island-style Americana with an any-time appeal.

Opening with the tale of the Dockside Bar, we get clever storytelling wrapped in a bluesy island breeze. The best part? Both the harmonica and piano get solos between each verse.

With layers of electric Tele-style twang, organ, and vocal harmonies, the country-rock girl-power anthem, 21st Century Kinda Girl, showcases the album’s utterly superb composition and production, while giving a nod to all the better halves out there…

“Cause when the night falls she’ll be down by the water
Watching the sun sink in the deep blue sea
Won’t change her mind, one way or another
Shes says, life is a balance…”

OUR FAVORITE TRACK… We knew, Yeah, A Harbor, was our favorite track after chord one. Steel guitar, keys, and Chris’s weathered timbre are right at home telling true stories of harbor life in the Caribbean. The track has a familiar and cathartic feel.

“Something about a harbor, gateway to the sea
Leads to more ports of call, and my best, memories…” 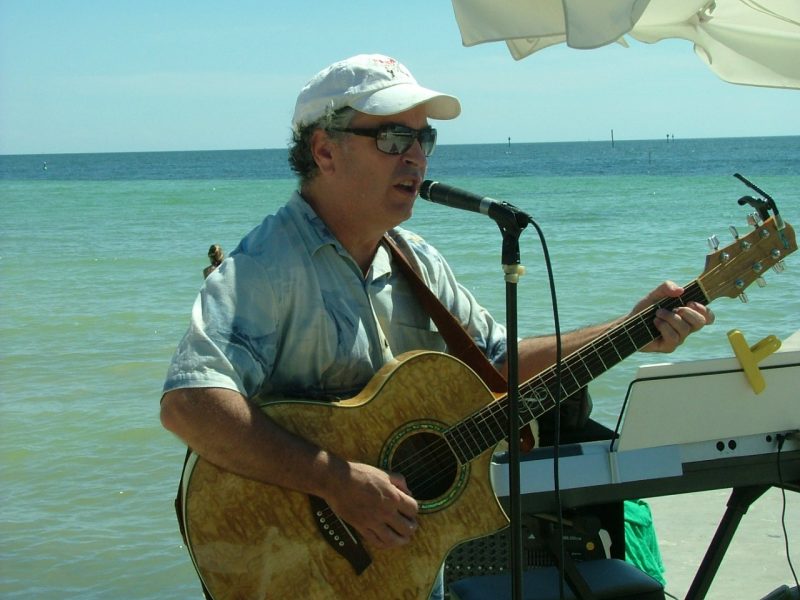 Parrot-heads everywhere would be proud of the effort in Island Ladies, a notably fun and Buffett-esque dedication to yin island beauty with a lovely and sparkling bit-o-fiddle to boot…

An island jam-band track (which could just as easily be our favorite track on the album), Local Island Bar, graces us with the easy sounds of keys, fiddle, and electric licks, capturing the mood of the entire project in this finale. There’s a certain apex of relaxation and fun a listener can attain while listening to music. But it can only be achieved when the music is both near-perfect in its execution—and pure in its storytelling. Local Island Bar achieves this Zen.

IN CONCLUSION…
Fluid and fun. Spellbindingly flawless. A sparkling piece of thirst-quenching island-influenced Americana. A necessary and “easy-does-it” collection of chilled-out vibes released at a time which needs it most. Painstaking sonic craftsmanship taken—even to the very end of each track. Every “t” crossed. Every “i” dotted. Key West Chris’s latest studio album, All The Best From Key West, is a testament to a lifetime dedication to the art of music, and the patience and discipline it requires. Amateur ears beware:  fun music like this is far more difficult to produce than it sounds, especially in the studio. Crisp engineering, superb performance credits, and authentic songwriting culminate to create a collection of songs which not only vibrates high, but also earns its place as a timeless body of work with a mystical power to draw fans of other genres into its spell. Honestly, what more can be said?

BELOW:  Listen to music from Key West Chris’ album, All The Best From Key West, and connect with his website and social media platforms. Please support Key West Chris by visiting him online, and playing, downloading, and/or purchasing his music, or attending a live show! And, as always, thank you for supporting real music!

Listen to music from ALL THE BEST FROM KEY WEST by KEY WEST CHRIS: