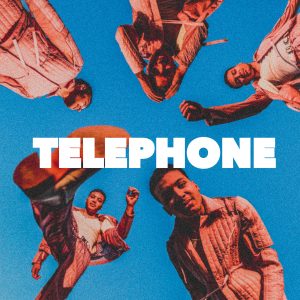 Born into a musical family in Lafayette, Louisiana, it seemed predestined that singer-songwriter and multi-instrumentalist Luke Crimiel would end up a musician himself. His passion emerged at a young age, playing drums in his godfather’s church band at just the age of four. At eighteen, Crimiel committed himself completely to his musical dreams and moved to Los Angeles. In the time since then, he’s put his focus into continuing to develop his songwriting skills and live performances.

Crimiel’s music is influenced by many of the greats, including Michael Jackson, Stevie Wonder, and Frank Sinatra – but the sound he’s developed is distinctly his own, grounded in the pop genre but with clear elements of R&B and soul music. This is all on display in his most recent release, single Telephone.

A mellow but emotional track, Telephone is a great introduction to Crimiel’s artistic capabilities and direction. The sound is perhaps best described as soft modern pop, but there’s an underlying soulfulness that brings Crimiel’s lifelong experience at his craft to light. That sort of ingrained passion is not too often present in this genre, and it’s refreshing to hear authentic musical talent shine through measure after measure.

From a lyrical perspective, this song feels like a personal one. A strong relationship erasing the trials of the past is not necessarily a new concept, but Crimiel’s twist on it – using a phone call as a symbol of love and a strengthening bond – is both unique and instantly relatable. Everyone loves hearing from the ones they love, and Crimiel has capitalized on that sentiment beautifully.

The vocals are a high point across this track – the harmonies are particularly well-performed and perfectly blended, but Crimiel’s lead vocal is truly captivating. His sound is slightly reminiscent of Sam Smith‘s power and smoothness, but with a slight edge that is wholly unique. He nails every intricate riff with an effortless feel, a real testament to his ability.

Overall, Luke Crimiel is definitively an artist to keep on your radar. From his strong, soulful vocals to his relatable songwriting, Telephone feels like a radio hit, and we’re it’s just the beginning of a long and storied career for Crimiel.  We’re already looking forward to getting our hands on his next release.

BELOW:  Listen to Telephone and connect with his website and social media platforms. Please support Luke Crimiel by visiting him online, and playing, downloading, and/or purchasing his music, or attending a live show! And, as always, thank you for supporting real music!

Listen to TELEPHONE by LUKE CRIMIEL: