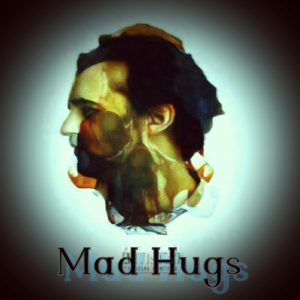 Mad Hugs is an alias of NY electronica producer Jeffrey Hull who has been releasing music under various monikers (Nostalgic Afterlife, Clear Sun, Hania Yiska) and as one half of both Mad Osc and JiBaH & Jpalm, for more than a decade. We featured his record, Some Day She Will Find Me (released as Clear Sun), in February this year, and were delighted by its “array of intricate, nuanced layers of electronic music that will mesmerize and never once be boring”. The self-titled April release by Mad Hugs again leaves no sonic stone unturned and traverses the styles of EDM and trip-hop, and contains elements of trap music.

Hull delivers on a steadfast commitment to analog gear; he produced this album using hardware synths exclusively (no PCs) and designed all the drum loops and sequences himself. Mad Hugs unloads some magic with the opening track, Dive into Life Again – a playful little earworm that sounds both carefree and introspective at the same time. The song is built around a gorgeously poignant melodic line that is just slightly offset from the downbeat, creating a frenetic energy as the brain decides which rhythmic element to follow.

Vibrant Rant is all about musical juxtaposition. A slow, kick-heavy beat, layered with trap hats, spits out the bottom end while an electric piano patch plays a soulful melody. An out-of-tune horn sound plays a counter-line, and at times, the whole track feels like it is being devoured by a synth part that borders on white noise.

Katatonic is a definite album highlight. Keyboard and harp sounds sit softly in the mix, forming a warm, cloud-like, harmonic backdrop while a tight, sizzling dancehall-type beat snaps in the foreground. The melody is ethereal and sounds as if it’s being beamed from some distant nebula in real-time. Of course, Mad Hugs will tell you that that’s what glissando and a pinch of delay will do for the right patch. But of course, you’ve first got to have a knack for writing melodies (which he most certainly does!).

Mad Hugs is the perfect album to let your mind wander to. While Hull is a producer who is very liberal when it comes to musical norms, his tracks never lose sight of the melodic hook. His resourcefulness with his gear is admirable and he comes up with some really spooky, creative textures throughout. 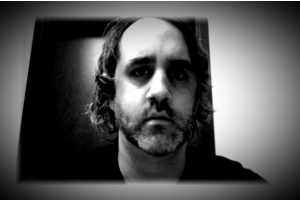 BELOW:  Listen to Mad Hugs and connect with their website and social media platforms. Please support Mad Hugs by visiting them online, and playing, downloading, and/or purchasing their music, or attending a live show! And, as always, thank you for supporting real music!