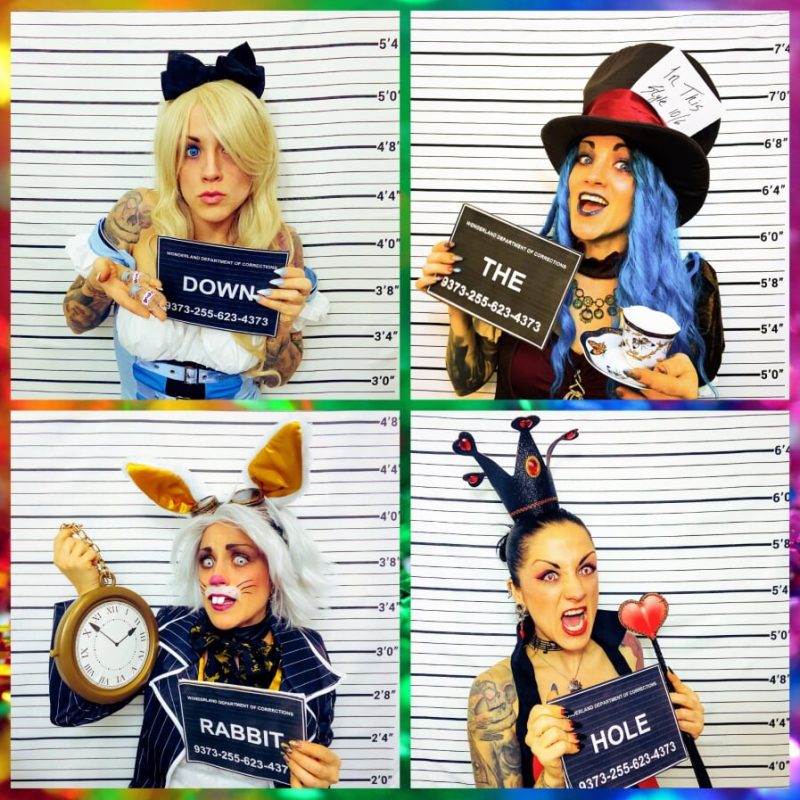 Following up a host of singer-songwriter Madame Z’s singles—which include Entice Me, Black Velvet (cover), Walk In My Fire, and Snuggly Wuggly—is her debut, full-length solo album, Down The Rabbit Hole, a confidently performed, high-attitude, multi-genre, multi-textural experience for the audio-senses.

A sultry middle-finger to ex’s everywhere, the album’s opener, The Things I Hate About You,  is a chilled-out jazzy redemption piece. (Think: jazz-lounge iteration of Ugly Kid Joe).

OUR FAVORITE TRACK… Fall Down has a low-key, almost trip-hop feel to it. The production and performance are both unique and immediately radio-worthy. It’s a track and a sound on which to build a brand.

The trip-hop influence continues on, A Thousand Lives, which immediately feels a bit Morcheeba-esque…

An electro-pop cut for the modern day, the album’s title track, Down The Rabbit Hole, unites a down-tempo hip-hop style beat, an onslaught of psychedelic synth tones, and a lyrical theme which validates the madness of modern life. Busting with Z’s personality, this is another unique, radio-ready track capable of shining a light on the project.

Moving on to the bluesy-jazzy-rock in, Blue Smoke And Honey Whiskey, despite the guitar-centric riff, there’s a hint of Norah Jones happening here. Totally groovy.

Secrets has an authentic live sound vibe to it. One can almost smell the cigarette smoke during the grimy electric solo at 1:30. This is some unsuspecting future indie-film’s love-scene track. Book it. (It’s also our second favorite on the album.)

Bravely, Z takes on the challenge of covering the iconic Alicia Keys cover, Fallin. She certainly has the moxie to pull it off, but more importantly, the vocal prowess. It all works well, and the band is right there to add the flair. Particularly love that busy high-hat.

The Mauro remix to A Thousand Lives feels like 2000’s synth-era Madonna.

Just in case, by some wild and bizarre stretch of the imagination you as the listener have not yet experienced enough contrast in this music, the album concludes with a bi-polar experience of Sore (metal), back to back with the album’s final track, the spectacularly smooth—and also quite Madonna-esque—One That Got Away (electro-club-dance). The two combine to form an abrupt and equally mysterious finish. (As it should be.)

IN CONCLUSION…
Resiliently spunky. Charmingly unpredictable. Sultry yet boundaried. Madame Z’s long time in the making debut solo album, Down The Rabbit Hole, checks practically every box on the color pallet, leading us through a tour of the many different singer-songwriter genres including everything from jazz-lounge to soul, rock to R&B. Taking in all of these influences over the course of this 15-track project feels almost like a concept album, or perhaps the soundtrack to the next Spike Lee joint.

With a variety of musical themes, stories, and emotions all as colorful as the cover itself, the collection still feels at home as a unit. This alone is a testament to Z’s ability to make the music her own—regardless of who else is on the track, or who she might be covering in the moment. We’re talking about personality here, of the album and the artist. It seems apparent, in this case, they are one and the same. Check out music from Down The Rabbit Hole below.

BELOW:  Listen to music from Madame Z’s album, Down The Rabbit Hole, and connect with her website and social media platforms. Please support Madame Z by visiting her online, and playing, downloading, and/or purchasing her music. And, as always, thank you for supporting real music!

Listen to music from DOWN THE RABBIT HOLE by MADAME Z: