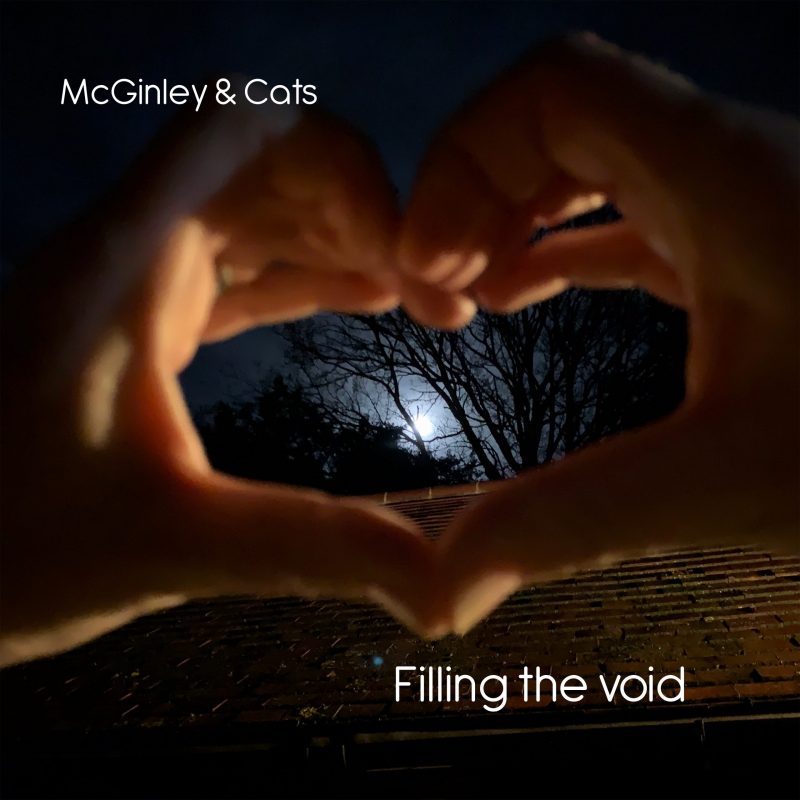 Unpredictable. Mysterious. Magical. Unconventional. Words used by his inner circle of peoples in an attempt to describe the nature and character of singer-songwriter-guitarist, Jo McGinley. An early childhood trauma seems to have had a permanent affect on his imagination, affording him the ability to captivate and inspire through musical storytelling.

“The joy of being amongst people who reciprocate – that is what ‘Filling The Void’ is all about.”

Amidst a personally tumultuous past year, McGinley managed to team-up often enough with musical cohort, Cats (Katie Katt), to release 2019’s The New Dark Ages as a prelude to this year’s project, Filling The Void, a deeply personal, if not redemptive piece of alt-electro-rock.

“Some days are frustrating, some days bring pure joy. To be able to capture those feelings or find their essence by sitting down with an acoustic guitar and messing about is a privilege. Especially, when you can then share it with friends like the Cats.”

Opening the album is genre-bending,  Folding In, Breathing Out. With a 3.5 minute instrumental intro which blends acoustic and electronic elements, the mood is an intriguing brand of somber. Lyrics are minimal when they appear, and serve only the mood, like some kind of melancholy mantra.

An 80’s-style electro-beat underpins the funky & eclectic, The Lemmings Fall, in what ultimately sounds a bit like a psychedelic twist on Kick-era INXS.

With an abrupt melody and mood, Filling The Void has a Dire Straits-esque vibe to it. 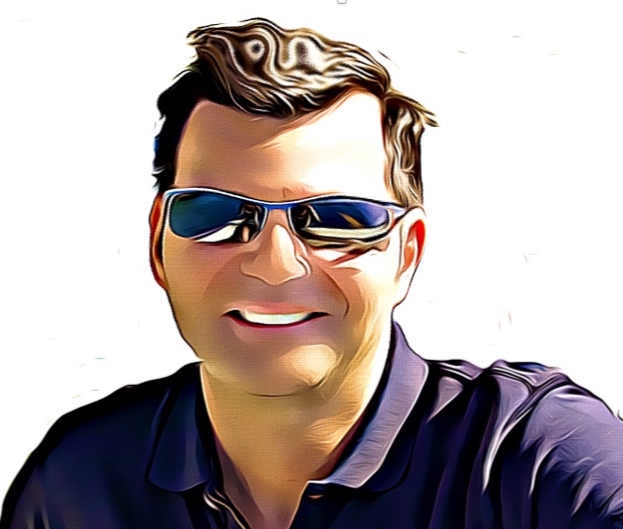 “Never though the tide would turn
Never thought there would be so much to learn
Another year or two and we’d be there
Now we know, back to the river
Young hearts must return…”

With its quirky and curious riff-laden melody and composition, She Bangs Those Eyes, could be on Tarantino’s next sound score.

The multiple-personality, Tiger Bay, opens with a lovey bit of ambient finger-picking, and shifts quickly in and out of its rock’n’roll theme. David Bowie comes to mind here, as well as in Sparkling Jewel In The Twilight, an 80’s-influenced pop song whose electro-drum track and ambient acoustic guitar notes come out of left field to captivate our attention for 4:21…

Run Me Around has a big mid-90’s, psychedelic sound which finally reveals the comparison I’ve been wracking my brain to recall:  Spacehog.

Concluding the album is the impending and serious, fully-psychedelic instrumental, The Entombed Alchemist Returns, a nine minute and thirty-seven second odyssey into multiple musical thought patterns which converge, diverge and repeat in this fusion-alt-jazz-rock amalgamation. Quite honestly, it’s the perfect ending to such an album.

IN CONCLUSION…
Wildly eclectic. Favorably rough & unpolished. A tastefully-unruly, abstract, and highly creative collection of sounds, stories, thoughts and emotions. The utter uniquity of McGinley & Cats’ second studio album, Filling The Void, checks more boxes than one could predict at the onset—even if advised. Electronic and acoustic rhythms join electronic and acoustic guitars to support McGinley’s so very Bowie-esqu timbre. Fans of 80’s psych-rock and psych-pop should find a home here. Check out Filling The Void, below.

BELOW:  Listen to McGinley & Cats’ album, Filling The Void, and connect with their website and social media platforms. Please support McGinley & Cats by visiting them online, and playing, downloading, and/or purchasing their music, or attending a live show! And, as always, thank you for supporting real music!

Listen to FILLING THE VOID by MCGINLEY & CATS: