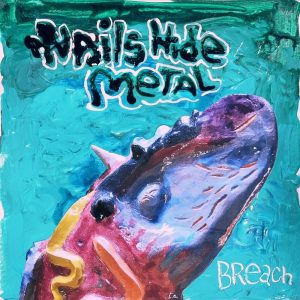 Prepare yourself for something rather unique…the atmospheric, psych-rock sounds of the Pacific Northwest’s own, Nails Hide Metal.

Since that moment, the two have been busy.  When they’re not touring throughout the US and Canada, they’re in the studio where inspiration is never elusive. 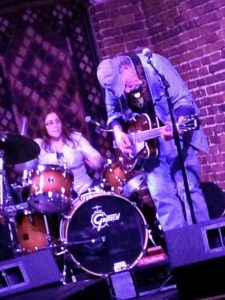 Their latest album, 2017’s Breach, contains the lead-off single, All Through, a satisfying alt-rock number that is both gruffly textured and ambiently smooth—all at once.

Quinn’s silky, near spoken-word vocals are authentically minimalist, and sparkle when Dalton chimes in. Musically, guitars boast etheric tones atop layers of distortion, making the composition, at its least an—intriguing listen, and at its most—borderline brilliant. Be sure and check out the rest of their library where the NHM coolness continues.

Whose lovechild…?
The Doors meets 90’s eara Smashing Pumpkins, with a twist of The B-52’s and The White Stripes…

BELOW:  Listen to Nails Hide Metal’s single, All Through, and connect with their website and social media platforms. Please support Nails Hide Metal by visiting them online, and playing, downloading, and/or purchasing their music. And, as always, thank you for supporting real music!

Listen to Nails Hide Metal’s single, All Through: