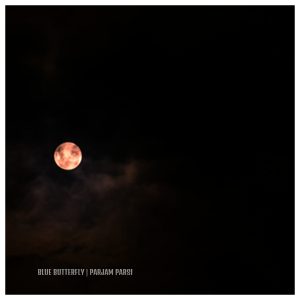 Born on Oct 23, 1988 in Tehran, Iran, artist and musician, Parjam Parsi has dedicated much of his life to the arts.

His paintings have been featured in galleries on multiple continents, and command attention with their unique and captivating use of form and color.

However, it is his musical endeavors that have received the majority of his attention as of late. A classically trained musician, Parsi—along with a childhood friend—would go on to eventually create their own entertainment company and recording studio called, Winter Music Entertainment.

That effort has paid dividends, as Parsi is now releasing his debut, solo album, Blue Butterfly, a sweet and tender piano-based instrumental collection of songs, which, as it pertains to him and his friend, in his own words, “…means a lot for both of us.” Structurally speaking, though divided into seven tracks, the album plays like one continuous composition.

Opening with October Red and Mysterious Heart, the irony here is that the melody immediately made me think of Spring time, melting snow, and the return of the songbirds from their southern winter homes. 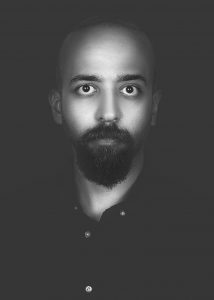 Snow introduces a gradual departure from its predecessors steady, methodical time signature, bringing dynamic changes in both rhythm and melody. These changes pave the way for the album’s title track, Blue Butterfly, a piece which operates through chords of urgency. Appropriately, this track made me think of an artist pouring his heart out onto a canvas.

As the album moves forward into, Ancient Lover, the urgency has dissolved and been replaced by a more relaxed and rolling melodic theme; a dance of sorts, perhaps a dance between two long-time lovers. The track moves seamlessly into, Blood Moon, Silver Star (OUR FAVORITE TRACK). My favorite melody-sequence of the album occurs between 2:04 and 2:20.

The album finds completion with One True Thing, the most dynamically expressive track on the album. One gets the idea that perhaps everything that was left unsaid in the the previous six tracks, was expressed here. Rolling, playful melody-lines carry the project to its exit.

IN CONCLUSION…
We don’t often get a chance to review original, classical artists. Though, not a lost art, it currently seems to be lost to the popular culture. That being the case, it then becomes that much sweeter to enjoy the dynamics of Parjam Parsi’s sometimes sweet—sometimes somber, sometimes bright—sometimes overcast debut, solo album, Blue Butterfly. Even amidst those dynamics, the project is always linear, logical, and fundamental—perhaps a classical concept album, if you will? Thus, if you enjoy the lyric-less motifs of a classically educated mind, be sure to check it out just below.

WHOSE LOVECHILD…?
If Charlie and the Chocolate Factory’s sound-score went with strictly acoustic-keys…

BELOW:  Check out our full artist interview with Parjam Parsi, listen to his album, Blue Butterfly, and connect with his website and social media platforms. Please support Parjam Parsi by visiting him online, and playing, downloading, and/or purchasing his music. And, as always, thank you for supporting real music!

Read/Listen to our artist interview with Parjam Parsi: