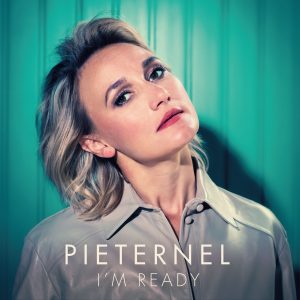 A good Americana song is like a perfectly poured cup of coffee – it warms you from the inside out, and it makes you slow down and appreciate each and every sip. We’ve found one such cup from Amsterdam-based singer-songwriter Pieternel in her most recent single, I’m Ready.

Pieternel has only been releasing music since 2018, starting with EP All Night Cafe, and followed by her debut album Roosevelt Island. She’s made many trips to the US’s east coast, spending time in both Nashville and NYC and subsequently finding herself enthralled with their respective music scenes. She’s since performed in the US several times, and has opened for artists including Brandy Clark and Levi Hummon.

I’m Ready is a soaring, country/folk masterpiece, blending notes of pop and singer-songwriter sentiments with a bold and recognizable Americana sound. It offers us soaring and memorable melodies, a track that’s easy to sing along with from the first listen. The lyrics are especially remarkable, poignantly placed words bringing Pieternel’s story to life with enviable ease. We particularly like the third verse for it’s unique descriptor of the imbalances of being on your own:

Pieternel’s voice is a highlight of the track. With such an authentic Americana wholesomeness to her voice, you’d never guess she wasn’t born into the bustling music scene of the American south. It has notes of Brandi Carlile and Maren Morris, with perhaps a touch of Dolly Parton too. Soulful, genuine, and brilliant – it’s the jewel that allows the rest of this song to refract into rainbows.

For lovers of Americana that’s country-but-not-too-country, with a comfortable influence from both both the pop and folk genres to give it added familiarity, I’m Ready is well worth your time. Pieternel is an artist to watch in the ever-evolving scene of this genre, and we expect to find her standing tall among recognizable names before too long.

BELOW:  Listen to I’m Ready and connect with her website and social media platforms. Please support Pieternel by visiting her online, and playing, downloading, and/or purchasing her music, or attending a live show! And, as always, thank you for supporting real music!

Listen to I’M READY by PIETERNEL: