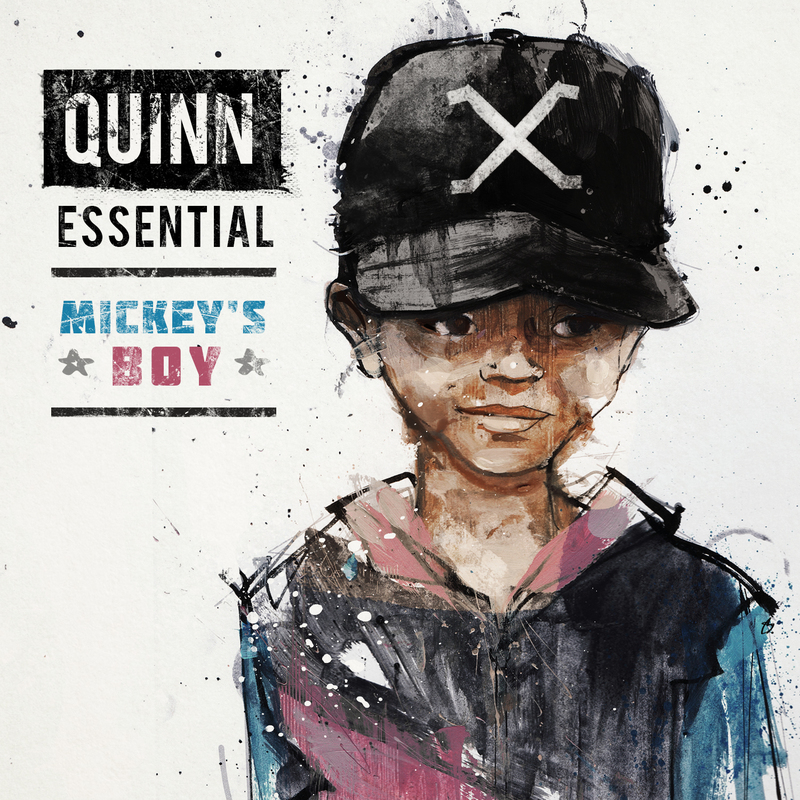 From the greater Boston area, specifically, West Medford, Massachusetts, hails our MC of the hour, Quinn Essential (a.k.a., Quinn Brathwaite). Doing his thing since the age of seventeen, this young wordsmith acquired his stage-moniker from a high school English class when serendipitously stumbling upon the word, “quintessential”.

“…a jazzy boom bap sound, with a soulful influence.”

While using various producers, he also does some of his own production, and has released previous projects which include 2011’s LightYears, and 2015’s Lost Soul. Both of which set the table for his latest album, Mickey’s Boy, a classy effort with a respectable nod to late 90’s/early 2000’s hip-hop… and we even dig the cover art.

With a full-band sound and flow reminiscent of Lupe Fiasco, the album opens with, Renaissance Man, an articulate, well-written resume track…

“…brothers was thinkin’ Jobcore
I should’ve dropped out when I was a sophomore
I was thinkin’ exit stage left, no encore
Could’ve sold drugs in retrospect and made a lot more
But, I’m a Renaissance Man…”

In, Mint, Brathwaite comes off clean like a young Ice Cube as he reminisces on younger days with his pops…

“…and if I ever move back it’d be the Lawrence Estates
To somewhere out in the woods, all I need is like a couple acres
And a few miles away from the trouble-makers…”

OUR FAVORITE TRACK…
The lost art of sampling emerges tastefully in, Feels, a track about the inevitable pain in change. With its tight, minimalist beat there is little standing between you and the track’s Essential message. Two other things strike a chord here:  first, at 1:40 Quinn takes a moment to speak from the heart… “People change. Things change. I change, so, nothin’ personal. Just gotta move on…” This kind of break usually doesn’t come off well on tape, however, this track is an exception. It feels real. Second, the MC recognizes sick production and knows when to be silent and let that sweet sample ride out alone. It’s a dope and ambient trip…very, very cool.

Dishing on both his hood and his rep, My Neck Of The Woods, sees Quinn deliver a primarily a-capella flow with a thick old-school beat sprinkled in tastefully, here-and-there. Once again, normally, this approach doesn’t work in hip-hop music. And, once again, we have an exception. 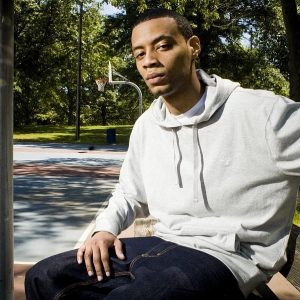 Let Me Fly, brings to mind the rhyme-stylings of, Fabolous. Quinn’s flow fills up the spaces in the track’s minimalist production and is truly enough. That’s rare, ya’ll…

We catch a glimpse into our young MC’s relationship with mom in, Mickey’s Boy…

“Many nights you left us sleeping over nana’s house
I would stay awake, because I could see how things were panning out…”

The dreamy and philosophical, Time Flies, creates compelling contrast by bringing the beat in and out of the track, all the while offering a cathartic and inspiring flow—which by now has become the norm for this project…

“In the pursuit of happiness, gallivanting the globe
They know that I’m a foreign because of my wardrobe
Bury me in Oak Grove when it’s all said and done
I just want to complete my cycle, and be home by square one…”

With an ultra-smooth horn sample, concluding the album is a tasteful nod to love in, Gem In The Ocean…

“Let’s gallivant just like some vagabonds
No checked bags, just some carry-ons
Escaping Babylon, we’ll let them babble on
I plan on going the distance, just like a marathon…“

IN CONCLUSION…
Genuine, contemplative hip-hop, delivered with a high degree of skill and intention. Get this:  when the beat falls away, what separates great hip-hop from not-great hip-hop is whether or not the MC’s flow is enough to consistently carry the music—song after song. In Essential’s case, it certainly is, as he comes off as comfortable on the mic as anyone who’s ever done it. Ultimately, unlike most of today’s throw-away, hit-chasing rap, Quinn Essential’s latest album, Mickey’s Boy, is the kind of music that spans time and—due to its clear and relatable nature—carries with it the potential to remain permanently fixed in a fan’s consciousness—and playlist. That’s truth. Particularly for young, aspiring MCs, this collection of songs can serve as a blueprint for honest, articulate storytelling that can not only teach the craft—but also empower its apprentice. This is not over-hyping, people. Listen to the album.

Regarding production, the beats are clear and uncluttered, and joined frequently by a host of skillfully applied samples. In short, both the MC’s delivery—and the beats over which he flows—are veteran in presence. This is a fine album.

BELOW:  Listen to Quinn Essential’s album, Mickey’s Boy, and connect with his social media platforms. Please support Quinn Essential by visiting him online, and playing, downloading, and/or purchasing his music, or attending a live show! And, as always, thank you for supporting real music!