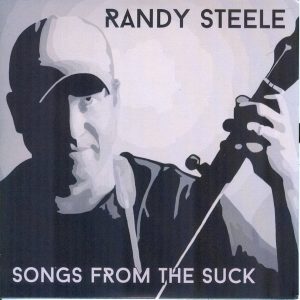 While writing, recording, performing and touring for years (everywhere from California to Belgium and Holland), Steele began to write songs that didn’t quite fit the “bluegrass” peg-hole, and eventually decided to create a solo project where he could express himself without worry. Specifically, he wanted a full-band sound with drums and slide-guitar; and lord knows, we’ve got no problem with that!

Fast forward, and the Chattanooga, TN based singer/songwriter—who lists an infinite number of influences which include, Earl Scruggs, Townes Van, Bela Fleck, and countless others—has now recorded his 11-track debut album, Songs From The Suck (a reference to Suck Creek which comes into the Tennessee River close to his home).

“My new fans are there not just to enjoy the musical atmosphere, but to really experience the songwriting and feel moved by the words. I grew up loving that style of songwriting…”

A storyteller’s album, The Suck represents Randy’s version of the kind of musical fiction and storytelling that inspired him growing up. Its lead-off single, Hideaway, has already gotten some attention as it will be appearing on the Relix Magazine sampler for November. 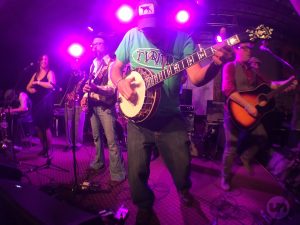 As I listened to Hideaway for the first time, I found myself thinking that there was no way in hell that Randy’s bluegrass fans would have a beef with his new venture.

In particular, this composition—which is as beautiful and delicate (mandolin and prose), as it is sturdy and rugged (slide guitar and Steele’s trademark timbre which sounds as though it was formed both by years on stages, and some phantasmal and etheric factor to which no man could ever point)—carries a quality that most music, dare I say, cannot claim:  It’s good for you. Which is to say, it’s good for all of us. Which is to say, the act of listening to it makes the world a better place.

BELOW:  Listen to Randy Steele’s single, Hideaway and connect with his website and social media platforms. Please support Randy Steele by visiting him online, and playing, downloading, and/or purchasing his music. And, as always, thank you for supporting real music!