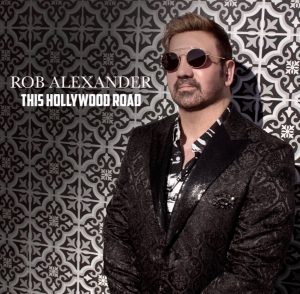 A physician by day and musician by night, anesthesiologist/songwriter Rob Alexander has spent the last few years taking his lifelong practice of songwriting into the studio. We’ve already had the pleasure of reviewing his album Being Myself (2019), and found it to be a “blueprint for indie artists in the contemporary, pop, singer-songwriter tradition.” Today we’re taking a closer look at a single from that album, contemporary-pop anthem This Hollywood Road.

Alexander has only the best of the best backing him on this track. His band includes 3 active members of Elton John’s touring band – Matt Bissonette (Bass), Kim Bullard (keys), and John Mahon (percussion). The track also features former Frankie Valli/4 Seasons touring band member Robbie Angelucci (guitar), and production from Gabe Lopez, who has produced Belinda Carlisle of The Go Go’s, Boyz II Men, and New Kids On The Block.

With a star-studded ensemble, the bar is set fairly high for Alexander’s music, but we aren’t disappointed in the slightest. This Hollywood Road is a fun, upbeat number, and both the stellar production and musicianship shine through in every measure.

The style here might be defined as “pop, but with feeling”, and a clear resemblance to some of the best music from decades gone by. The quality from each player on this track is evident and their storied playing history equally as apparent. That said, the track incites toe-tapping and head-nodding without sacrificing quality as so many pop artists tend to do. The tasteful guitar solo at 2:47 from Angelucci is simple but clean and effective, and a very nice addition to the track overall. And it’s certainly worth mentioning that the timbre of Alexander’s voice clearly reflects his influence from Elton John, but it isn’t without its own unique and soulful qualities.

There’s a great message being portrayed here – the concept of refusing to let anyone or anything get you down is something we could all use a little bit more of these days. Alexander says it best in the chorus:

“Take that heat and you’ll feel it baby, nothing’s ever gonna beat us down.”

Overall, this is a fun and expertly produced single that would make a great addition to the summer playlists of any 70’s or 80’s music lover, or for anyone looking for something a little more soulful to dance to.

Alexander has mentioned plans for a new album that is already in the works. The tentatively titled record Dream Out Loud is set to release in 2021 with the same highly regarded ensemble. But if it’s more of the same from Rob Alexander, or anything remotely like This Hollywood Road, we can’t wait to hear it. 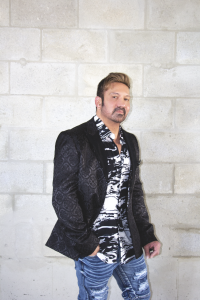 BELOW:  Listen to his single This Hollywood Road and connect with his website and social media platforms. Please support Rob Alexander by visiting him online, and playing, downloading, and/or purchasing his music, or attending a live show! And, as always, thank you for supporting real music!

Listen to THIS HOLLYWOOD ROAD by ROB ALEXANDER: