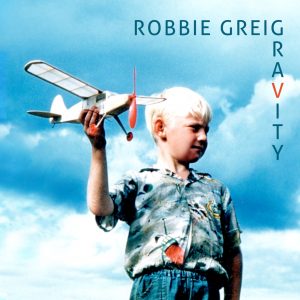 Australian singer-songwriter Robbie Greig is a truly tenured player in the music industry. He’s released 11 albums over the course of his career, and his music has been featured in films, theater, radio, and dance productions, and he’s been recognized by the Australia Council, the Australian Songwriters Association, Eltham Arts Council, Leader Newspapers, and 3RRR. Greig is no amateur, and it’s reflected on his most recent release, Gravity. 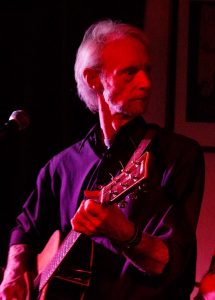 Greig has been called ‘the Bob Dylan of the Melbourne Hills’ by 3RRR presenter Rick E Vengeance, and from the first few measures of the album, we find we couldn’t agree more. On the album’s opening track Love So Sweet, the vocal timbre of Greig is immediately reminiscent of Dylan in style, though not without its own unique stylings. The track feels retro in the best way, a combination of old-school folk with jazzy- almost reggae – undertones.

Walkabout reminds us of another musical giant – it feels like a Tom Petty tune. The melodies are simple and catchy – especially the hook – and the instrumentation is solid and again feels comfortably vintage in a way that keeps it familiar.

We change directions on Way Out on a Limb – Greig takes us in a bluesy direction at the start. It’s a nod to his impressive range as an artist – each of the three opening tracks each feel like distinctly different genres, but Greig and his backing band have a commanding handle on each style they tackle. However, the beat change at around 2:32 provides an engaging twist on what otherwise could be a straightforward blues track. It really modernizes it, and times it even begins to lean towards experimental, but we’re brought back down to earth with the return of the blues shuffle.

We also love Where Are You Now for its funky bassline and toe-tapping beat. The chorus is especially catchy, with lyrics that evolve at each refrain but ends with the hook “Hey brother, where are you now?” The guitar solos towards the end of this track are a really great addition as well – simple, clean, and effective.

Closing the album is the very entertaining Just Makin’ It Up As We Go Along. The voiceover from Bruce Hunt Hughes complements the already droll lyrics with sharp, funny commentary on the story being told. It’s a unique addition to the album and the levity is thoroughly enjoyable.

Cold Hearted Days feels like it could be a genuine 70’s folk song. The multitude of chord changes and themes of social struggles feel like a Dylan tune through and through, and the spacey backing vocals and tones in the chorus are mildly reminiscent of some later Beatles songs. It’s a wonderful mash-up of styles that feels familiar without feeling like an attempt at replication. The lyrics are poignant and carry a message that’s both sobering and optimistic:

“The world I know is slipping by, moving on, fading fast
Freedom train came off the rails, greed prevails, nothing lasts
Peace on earth, goodwill to all
Building bridges ’stead of walls”

It’s not easy to write songs that remind us of the greats from days gone by, but Greig has really done a masterful job in doing so. This is timeless music that doesn’t come around as often as it used to. Relatable stories, masterful instrumentation choices and productions, and a variance in style that keeps the album interesting but never feels disjointed, Robbie Greig has created a truly enjoyable collection of tunes. Gravity is a must-listen for fans of 70’s folk tunes, or anyone looking to be reminded of the classic music of days gone by with a modern edge.

BELOW:  Listen to his album Gravity and connect with his website and social media platforms. Please support Robbie Greig by visiting him online, and playing, downloading, and/or purchasing his music, or attending a live show! And, as always, thank you for supporting real music!

Listen to GRAVITY by ROBBIE GREIG: