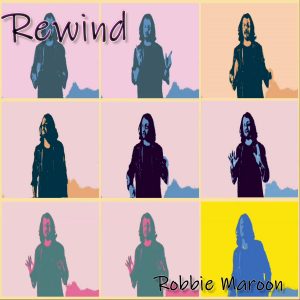 Just last month we were reminded of how addictive the music from Australian artist Robbie Maroon can be. We found his recent single CyberLoveStory to be “endlessly entertaining from beginning to end.” Now Maroon is back with another release ahead of his expected summer album. Rewind is the swanky, soulful complement to that previous release, still with plenty of energy and musical prowess to go around.

From the opening measure the well-balanced, full production is immediately noticeable in Rewind – and as we’ve mentioned before, this is particularly impressive as Maroon acts as his own producer. It’s clear that he has a style and tone that he’s looking to target, and knows exactly what steps to take to get there.

This track is a rich blend of soul and R&B sounds, with a touch of pop accessibility thrown in for good measure. The horns are an early highlight as the sonic foundation for the track before Maroon’s signature gravelly, hard-hitting vocal joins the fray and takes the spotlight. Beneath that vocal line, there are layers of texture, comprised of a complex choir of vocal harmonies and dynamic percussion. But it’s that non-lexible vocal chorus that stays with you, the catchy “la de da da da da” that plays in your head long after the track is finished. From a technical standpoint, it’s a remarkably thoughtful and well-executed piece.

But the success of Maroon’s music goes far beyond just his production skill. Something else he does very well that’s on full display in Rewind is his digestible songwriting. There’s a clear story of the definitive end of a relationship in this single, and the events taking place are crystal clear in every verse. It’s relatable, memorable, and just a little tragic:

“She spent some time away to find a little space
To hear her thoughts
All she wanted was a break, yeah no one was to blame
She grew tired of feeling alone” 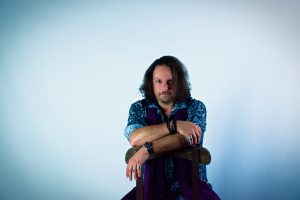 Robbie Maroon is setting quite the high bar for his upcoming album with these two releases. Rewind is another example of his immense skill as a triple-threat writer, performer, and producer. Fans of a classic soul sound with a penchant for modern flair and artistry can dig their teeth into this one, and would be wise to check back for the release of Maroon’s full-length album Reckoning, where we’re most certainly expecting more music of this same incredibly high caliber.

BELOW:  Listen to Rewind, and connect with his website and social media platforms. Please support Robbie Maroon by visiting him online, and playing, downloading, and/or purchasing his music, or attending a live show! And, as always, thank you for supporting real music!

Listen to REWIND by ROBBIE MAROON: