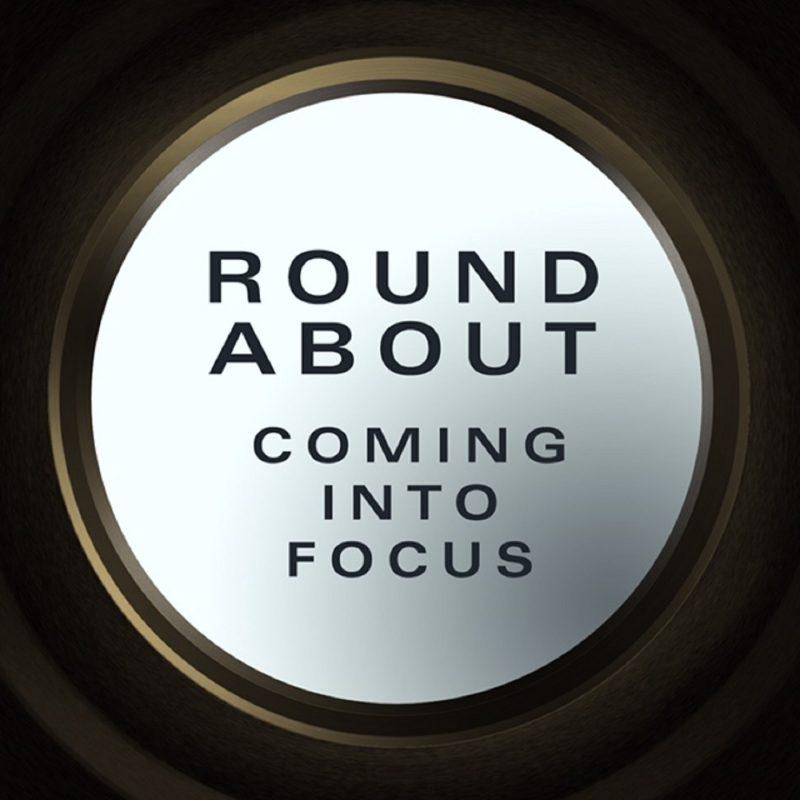 Founded in 2010 in the Washington, DC area, the four-man pop-rock outfit known as Round About have been entertaining the locals in the nation’s capital for some time now.

With a sound which bares a multitude of genre-threads, it’s no surprise to learn that the fellas have a large and utterly eclectic list of influences which cross every genre line imaginable, including everyone from The Beatles to Billy Joel, Fountains Of Wayne to Ben Folds, Led Zeppelin to Megadeth, Miles Davis to Jimi Hendrix, Red Hot Chili Peppers to Stevie Wonder, and so many more.

Composed of Patrick Garrity (guitar, vocals, bass, songwriting), Aaron Lowenberger (guitar, vocals, songwriting), Dave Mehring (bass, vocals, guitar, songwriting), Paul Nicholas (drums), and featuring guest performer Mark Bower (keys), the group is no stranger to the studio. Previous projects include 2012’s Hanging By A Thread, and 2015’s The Best Laid Plans, both paving the way for their latest album, Coming Into Focus, a lively and worthwhile bit of pop-rock with a touch more attitude than its predecessors.

The album opens with  the bright and energetic, Chasing Sublime, an ode to the love-struck condition. Think:  The Rembrandts’, I’ll be there for you. Also digging the laser-like guitar solo at 1:43.

One possible theme song for any modern relationship, Last One Standing, brings a bluesy electric riff which immediately made me think of the 2000 album, Riding with the King, by Clapton and King…

“I couldn’t tell I was a willing party, that I had started raising my own army
I didn’t know I was placing landmines, instead of reading all your blatant signs
I guess we’re dueling at dawn…” 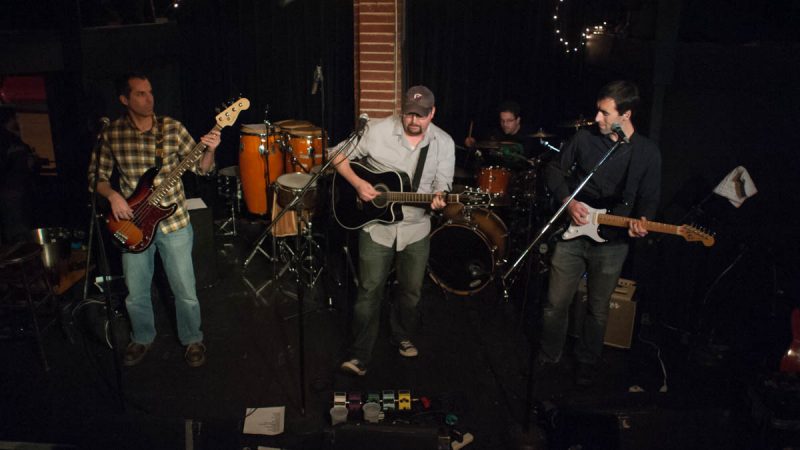 Another shot of blues-rock and attitude in, Bad Man, show the edgiest chops yet. From a technical perspective (i.e., production, mix, etc.), this is the best track on the album. And, sometimes it’s just refreshing to lay all the cards on the table…

IN CONCLUSION…
Oft gentle, smooth and acoustic; at times funky, electric and bluesy; Coming Into Focus, the third album from DC’s pop-rock outfit, Round About, has a heaping helping of heartwarming prose and melodies—with dashes of spirited, angsty blues/rock sprinkled throughout. At the heart of the project dwells uniquely honest and accessible songwriting, melding with one lovely guitar melody after another, for the full span of eleven tracks. Fans of 90’s style radio pop-rock will enjoy the album.

BELOW:  Listen to Round About’s album, Coming Into Focus, and connect with their website and social media platforms. Please support Round About by visiting them online, and playing, downloading, and/or purchasing their music, or attending a live show! And, as always, thank you for supporting real music!

Listen to COMING INTO FOCUS by ROUND ABOUT: