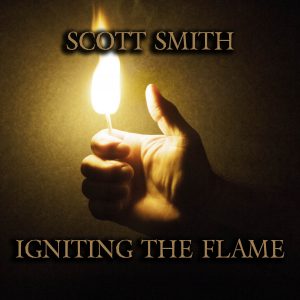 Americana artist, Scott Smith, is a San Francisco native who grew up in the bay area in part under the guitar-tutelage of David Nelson of The New Riders of the Purple Sage. David’s stories of the 60’s music scene, as well as the influences of greats such as Jerry Garcia, Bruce Cockburn, Kinks, The Rolling Stones, The Beatles, Cream, and others, would have an affect that spanned and inspired a lifetime of Scott’s music thus far.

Assembling a wealth of supportive talent, the Scott Smith Band includes:  Jeff Martin, Vic Carberry, Dan Ransford, Gailene Elliott, David LaFlamme, Nina Gerber, Mitch Woods, Giovanna Imbesi, and others. Previous projects include 2015’s debut album The Sum of Life, as well as 2016’s follow-up EP Down To Memphis; both of which have paved the way for their latest effort, 2017’s Igniting The Flame, and it’s lead-off single by the same name. 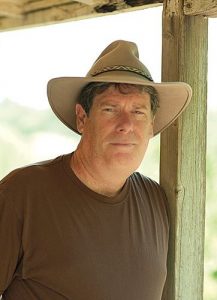 A slow and unsuspecting waltzing fiddle briefly intros one downright raucous rock-blues number. The primary guitar riff has a psychedelic appeal which underlays a series of lyrical phrases that undoubtedly serve as window into Smith’s creative process, or perhaps a rousing call of motivation when it’s time to hit the stage. Either way, I appreciate the fun…

“Pick up my guitar, make some sound
Think of some words, write’em down
Play some chords, stay in time
Sing some lines, make’em rhyme”

BELOW, you can listen to Scott Smith’s single, Igniting The Flame, and connect with his website and social media platforms. Please support Scott Smith by visiting him online, and playing, downloading, and/or purchasing his music. And, as always, thank you for supporting real music!