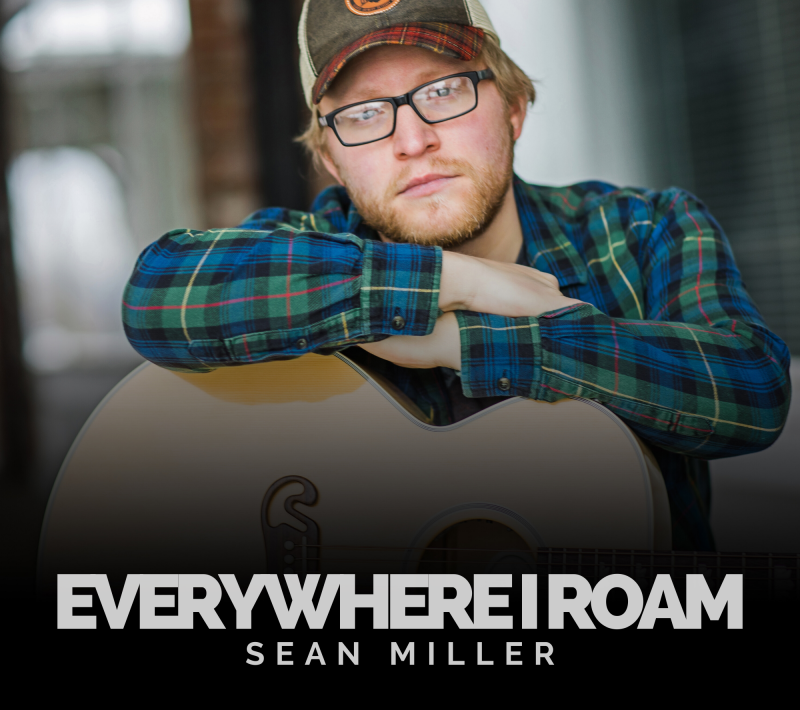 Q:  At age four you were enrolled in a charter school which invested heavily in the arts. Was there a galvanizing moment(s) at that school which you can recall that made music your future?
A:  I think I just had a really good teacher that realized I had an interest and knack for music. Her name was Pam Boor and she was the reason I originally went to college for music education. She really had me hooked on creating and expressing myself through music and was a huge advocate for me even after I had moved on and out of her classes. She had a pretty strong influence on me to continue educating myself while also expressing myself through the music I made.

Q:  Tell us about the music scene in Michigan, particularly in Petoskey… Is music embraced there? What influenced your sound?
A:  Believe it or not, but small town Petoskey has a strong and ever growing music scene. There’s always been one and I think there always will be. It’s also a very supportive scene and community, and a lot of my good friends now are the musicians regularly performing across the region. In fact, a few big name musicians/acts have come out of Petoskey including Sufjan Stevens and the Michigan Rattlers.

I think growing up in a pretty rural area influenced my sound, but also just having the ability to be outside a lot. I think that’s a thing we take for granted up here sometimes is the water and our natural resources and beauty, but it’s inspiring all the same. Some of my songs talk about that and some of the songs I’ve written that didn’t make the record reflect on the importance of water and our natural resources.

Outside of Northern Michigan though, I think the music I’ve always been interested in is kind of what my sound parallels. I grew up on the folk-rock and singer-songwriter genres and listened to a lot of Dave Matthews, Mumford and Sons, Lumineers, Donovan Woods, Gregory Alan Isakov, John Mayer …people like that. I love the lyrical writing Isakov does and the melodies and feelings Woods creates.

Q:  Are you the only musician in your family or was there blood that influenced your vocation?
A:  My mom was in high school band and plays piano from time to time, but I’m really the only one in my immediate family that really plays frequently and actually plays out and performs.

Q:  Over the years through grade school, high school, and college you’ve played with countless ensembles and other projects. You must have a few good live-show stories… Most embarrassing moment? Most epic gig?
A:  I think my most embarrassing moment was actually when I was in a middle school play. A friend of mine convinced me to be in it and everything was great until the day of the show. Somehow I forgot all my lines and in the musical number just felt the need to keep on singing and I missed my cues and kind of messed up the play. I laugh at it now, but at the time that was pretty embarrassing.

One time my girlfriend and I had just returned back to Michigan from a road trip out to Colorado so that I could perform with my other project (The Real Ingredients) at a music festival. It was our first time performing and we were in a main stage slot performing in front of everyone. I thought it’d be a good idea to eat some edibles I got from Colorado and they kicked in literally minutes before we went on stage. Looking back at it now… it was probably not so smart but it was pretty funny.

My most epic performance though I think was either when I was performing with the Petoskey Steel Drum Band down in New Orleans for Mardi Gras. We actually played in a number of parades and one of them had a route through the Superdome. We performed for what I’d guess was thousands of people as we rode through. I could name festival after festival too but one of the coolest things I’ve done with my band was perform in Grand Rapids at The BOB. We were outside and playing right downtown across the street from Van Andel Arena while on top of a shipping crate that was converted into a bar/stage. We were looking over downtown Grand Rapids with people walking by and a pretty decent crowd. It was pretty memorable. 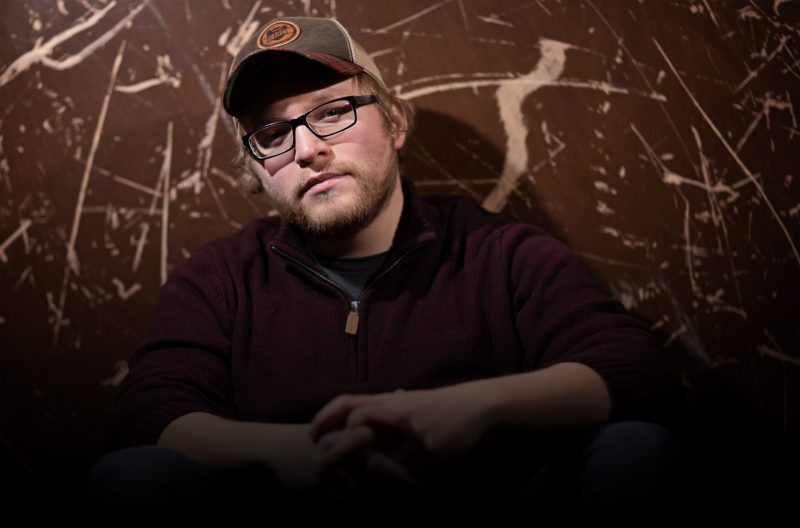 Q:  You’re a multi-instrumentalist. Tell what instruments you play, and which you prefer most?
A:  From grade school all the way through college I was a percussionist so, name a percussion instrument and I’ve probably played it or could play it. I also had piano lessons for about eight years and am self taught on guitar. I’ve played a number of other different instruments though including the steel drums and the Ghanian gyil.

Q:  Tell us about the process of recording your debut solo album, “Everywhere I Roam”… How long did it take? Tell us about a favorite studio moment of yours?
A:  So I recorded the album with Dave Runyan who is an absolute genius who also mixed and mastered the tracks as well as played bass and keys. My band recorded our debut album with him as well so I had a pretty good idea of how it would go working with him again. He cut me a great deal and we went to work. I only physically went into the studio maybe five or six times to do scratch tracks and then finish it up. A few of my friends also helped fill out the sound with Mark Blaauw-Hara and Gary Bowling on drums and Lara Fullford on female vocals. I also did some percussion and drums parts that are mixed in on a few tracks.

A favorite studio moment though had to have been when we were recording the solo for “Man On A Roof.” I had forgotten my electric guitar at home and had only brought my acoustic. So, Dave let me borrow his Les Paul and we ran with it. It’s always weird playing an instrument that isn’t yours. You get so used to playing your own instrument you just know it like the back of your hand. I did a few takes and was pretty displeased by what I was coming up with and Dave just told me to take a breathe and try again. I did that and it was a great solo. However, Dave said something along the lines of, “…that was amazing but, why don’t you do just one more take. I’m here all night so might as well try.” That last pass is what made it onto the album and both of us were kind of just like “holy crap that’s the one we are using.”

Q:  Do you eat off your music, or is there a j.o.b. in your life?
A:  I wish music was the only thing I did. One day! I do work a full-time job though. I ended up graduating college with my bachelor degree in journalism and for years worked as a news reporter for a few publications. Most notably though, I worked for the Petoskey News-Review and only recently parted ways with them to work for the Little Traverse Bay Bands of Odawa Indians to help them create an online language class. Music is secondary but I’d love for it to be my bread and butter one day.

Q:  Perhaps in some unspecified amount of time, your musical career explodes in the best of ways…what does that look like for you?
A:  I’d love to get to a place that is similar to my kind of music idols like Gregory Alan Isakov or Donovan Woods. They are both kind of at the point where they are known and can tour, draw in crowds, write amazing songs, etc. I’d love to be able to just do that. Write good songs that I care about, my fans enjoy, and be able to take them on the road. Playing Red Rocks would be an absolute dream.

Q:  You get to collaborate with anyone of your choosing. Who is it?
A:  Gregory Alan Isakov, hands down.

Q:  Your favorite album of all time?
A:  See that’s a hard question because it changes all the time. However, I think my current favorite album is “This Empty Northern Hemisphere” by Gregory Alan Isakov. It flows so great and I don’t think it’s ever mentioned but Brandi Carlile is on the album doing a lot of vocal harmonies. I think a lot of Isakov’s best songs are on this album as well as his most recent one.

Q:  Your favorite song of all time?
A:  In this very moment I think I’d go with Gregory Alan Isakov again and say his song “Chemicals.”

Q:  What would you like fans to know about you that they’re most likely unaware of?
A:  In these kind of uncertain times right now, I’ve had a lot of cancelled gigs. I had to cancel a tour that I’m pretty bummed about, but my fingers are crossed that we can reschedule and possibly extend it to hit more cities and see more people. Until then, I’ve been doing a few virtual shows on Facebook and Instagram live and have a few more planned. You can also find me pretty much anywhere, but I mostly use Facebook and Instagram, and my music can be found anywhere music can be streamed. Please take a minute to listen to it and share with your friends and family.

Q:  Any shout-outs you wanna make?
A:  Shout out to Dave Runyan for helping with this whole project and really believing in it. Thanks to the other musicians for working with me on the project and to my family and girlfriend for also believing in me and pushing me to always do what I love and dream about.

Q:  Anything else you’d like to add?
A:  I know the world is in a weird place right now but, when we are able to, please support your local musicians and live music. Also, if you like my album, please consider liking my page — Sean Miller Music — on Instagram and Facebook and sharing my music with your friends and family. Thank you in advance for helping me make dreams a reality.

<< Go to our full music review of:  Everywhere I Roam by Sean E. Miller

Listen to EVERYWHERE I ROAM by SEAN E. MILLER: