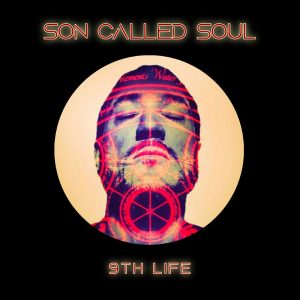 Minneapolis, MN-based artist Tony Molek is quickly breaking musical ground under the artist name Son Called Soul. He’s a true one-man-band in this project, playing every instrument as well as arranging and producing every track. A follow up to his debut February 2021 EP Sun Called Sol, his debut LP 9th Life is set for release later this year, and we’ve been given a taste of what to expect by way of its leading single, Singularity.

Gritty, unapologetic, and refreshingly honest, Singularity tells a tale of hard times and resilience. Perhaps a bit reminiscent of a Cage the Elephant tune, this track has a definitive alt-blues-rock edge, while managing to include elements of hip-hop and even a bit of soul around the edges. It’s an eclectic but effective blend of genres that makes it feel both authentic and modern.

And then there’s the lyrics, absolutely cutting in execution all the way through. Molek tells us he draws on “his own hard-earned personal experience” in his songs, and it’s clearly visible. There’s intention in his word choice, and his lyrics are poetic and artful without being overdone. The pre-chorus paints the most vivid image:

“There’s bliss for this, bliss for that.
Bliss for the temple-goers, and some bliss on tap.
May Dionysus bless your borrowed time,
And you can worship whatever “lionheart” you find.”

If Singularity is any example as to what we can expect on the debut LP from Son Called Soul, then there’s a whole lot to look forward to on 9th Life. The truths that have inspired Molek’s stories shine through in his music clearly – he’s pulled something real and forthright from his hardships, and he’s put them together in a powerful musical package that is going to resonate with many.

BELOW:  Listen to Singularity by Son Called Soul and connect with his website and social media platforms. Please support Son Called Soul by visiting him online, and playing, downloading, and/or purchasing his music, or attending a live show! And, as always, thank you for supporting real music!