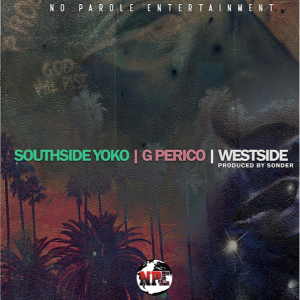 Originally from Hampton, VA, artist South Side Yoko has been passionate about music since a young age. His late uncle David Williams had deep roots in the industry working with artists like Michael Jackson, Madonna, the Temptations, giving a young Yoko a great source of inspiration. In his own neighborhood, Yoko opened his own business – a barbershop that also contains a recording studio, as a foundation for his music career. He’s recently released a single titled Westside, and it’s a great show of his artistic and musical abilities.

Clean, smooth instrumentation and quintessential modern vocals on top, Westside is a catchy earworm that we think you’ll be hitting play on again and again. Also featuring G Perico, the track is a well rounded treat for the ears that has a blend of pop, R&B, and hip hop sentiments that meld with each other perfectly.

The music video is a great complement to the track, offering a fun, lighthearted angle to the music. Featuring everything from pool parties and gourmet meals to super soakers and gorgeous mansions, the video paints an elaborate and enticing view of the west coast, and viewers won’t be able to help wanting a piece of Yoko’s west side for themselves. While the song itself has a carefree, young and restless energy, the underlying story is a touch romantic, giving us the details of Yoko and his girl – both from the east coast – finding themselves and each other under the California sun.

With a rapidly growing discography and thousands of fans to match, this most recent release from South Side Yoko shows that he is the real deal. Excellently produced music, combined with great melodies and perfectly executed performances give us nothing but elements to love on Westside. We expect many more top-tier-level singles from this artist on the rise, and we’re already looking forward to getting our hands on the next one.

BELOW:  Listen to Westside and connect with his social media platforms. Please support South Side Yoko by visiting him online, and playing, downloading, and/or purchasing his music, or attending a live show! And, as always, thank you for supporting real music!

Listen to WESTSIDE by SOUTH SIDE YOKO: