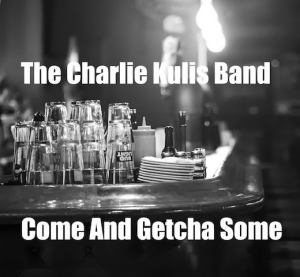 Country music fans, get ready for your perfect summer end-of-summer anthem. The Charlie Kulis Band has recently released an album titled Twisted, and from it comes the fun, infectious single Come and Getcha Some.

The Charlie Kulis Band was created by Rafe Van Hoy, Ernie Petito, and Charlie Kulis, who connected after a 2014 country songwriting project. On Come and Getcha Some, the band consists of Bob Stander (bass, lead & rhythm guitar), Shawn Murray (drums), Paul Errico (keys), John Widgren (pedal steel), Tabitha Fair (backing vocals) Neil Coomer (backing vocals), and Charlie Kulis himself (lead vocals). The band describes their music as down to earth, fun, and occasionally serious, “but not serious for too long.” If this single is any indicator, we think they’ve hit the nail on the head in their description – this is a raise-your-glass, stomp-your-feet, sing-along modern country tune that is full of high notes.

This track paints us pictures of every quintessential country summertime activity under the sun. From NASCAR to moonshine, from skinny dipping to baseball, this is the story of iconic and nostalgic southern fun. For anyone who spent their summers in backyards strumming guitars and barbecuing, it’s hard not to reminisce about summers gone by and simpler times. The simplicity in the lyrics serves to leave plenty of room for the listener to fill in their own stories and memories, while still telling a story of their own.

The production on this track is also worth mentioning. Kulis tells us this album was recorded in his friend’s basement, but you’d never know it to listen to it. It has all the flair of a modern country track while staying firmly planted in the authenticity found in acoustic guitars and pedal steel. Between all of the tasteful riffs that come and go throughout the track, it’s clear the band is made up of talented players who all clearly have chops but also know the value of restraint.

Come and Getcha Some has everything you want in an Americana anthem – great energy, great performances, and a great hook that you’ll be humming to yourself long after the song is over. The Charlie Kulis Band has an excellent handle on their genre, and if this single is any indicator of the quality of the rest of their album Twisted, then it is certainly a must-listen for any country-rock fan.

BELOW:  Listen to Come and Getcha Some and connect with their website and social media platforms. Please support The Charlie Kulis Band by visiting them online, and playing, downloading, and/or purchasing their music, or attending a live show! And, as always, thank you for supporting real music!

Listen to COME AND GETCHA SOME by THE CHARLIE KULIS BAND:

The Charlie Kulis Band · 01 Come And Getcha Some