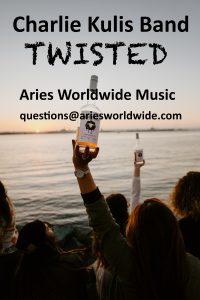 You ought to be getting pretty familiar with the good-time, foot-stomping, country music goodness that comes from The Charlie Kulis Band.  They’ve been on a roll lately, with a collective 250,000 views on YouTube, as well as over 200,00 Spotify streams to date. We’ve had the pleasure of getting our hands on their two recent singles, Come and Getcha Some and Hotel Room, both of which had all the makings of modern country chart-topping tunes. Now they’re back with another one – Twisted shows off the band’s more modern attributes and puts a bit of their softer side on display in this romantic pop-country-crossover number.

Right away, Twisted takes on its own unique tone within the Charlie Kulis Band catalog. While their previous work has often been lead by powerful and melodic guitar riffs, this single is a bit more understated in its entrance. It leans into its base of delayed electric guitar and spacey synths, showcasing a deep and unquestionably pop-driven bassline that brings a very different (but altogether welcome) feeling to this track. The vocals keep us grounded in the country genre, featuring Kulis’ archetypal country tones in a gentler light.

But the track has a wonderful build – by the chorus, it’s a full-on power-ballad that still manages to give us a real good time. The full band kicks in here, bringing in the powerful but straightforward drums and the acoustic guitar that solidifies that modern country sound. The vocals here are especially compelling, with a very complimentary layer of harmony that elevates it even further. Top it all off with a killer guitar solo and an ear-worm of a hook – this band knows how to put together a great country tune for this day and age.

In what we’re learning to be a classic Charlie Kulis Band move, there’s a fun and relatable story being told here. Twisted almost feels like a more romantic take of the themes we last heard on Hotel Room, where the party doesn’t end when the bar closes down. In this new single, the whole party is happening with just two attendees, but there’s clearly a passion and a shared love of a good time between them in their burgeoning relationship. It’s summed up so nicely in the second verse, giving us a taste of each element of this story:

“Hey it’s payday,
Let’s go out and play
Stay out way past closin’ time
We’ll have some drinks here
Then we’ll disappear
Damn you sure are lookin’ fine
Bartender ring us up
We’re leaving soon enough” 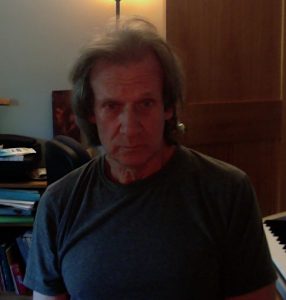 We’ve said it before and we’ll say it again: The Charlie Kulis Band is a name you shouldn’t be quick to forget, as this is far from the last time you’ll be hearing about them. With streams and views already reaching six-figure numbers, you don’t have to take our word alone that this is most certainly a band to keep an eye on. But Twisted only goes to cement their successes even further. Showcasing their artistic range without losing the quality modern country storytelling style they’ve been honing in on, this powerful single is another stepping stone for this dynamic country group on their way to the top.

BELOW:  Listen to Twisted and connect with their website and social media platforms. Please support The Charlie Kulis Band by visiting them online, and playing, downloading, and/or purchasing their music, or attending a live show! And, as always, thank you for supporting real music!

Listen to TWISTED by THE CHARLIE KULIS BAND: