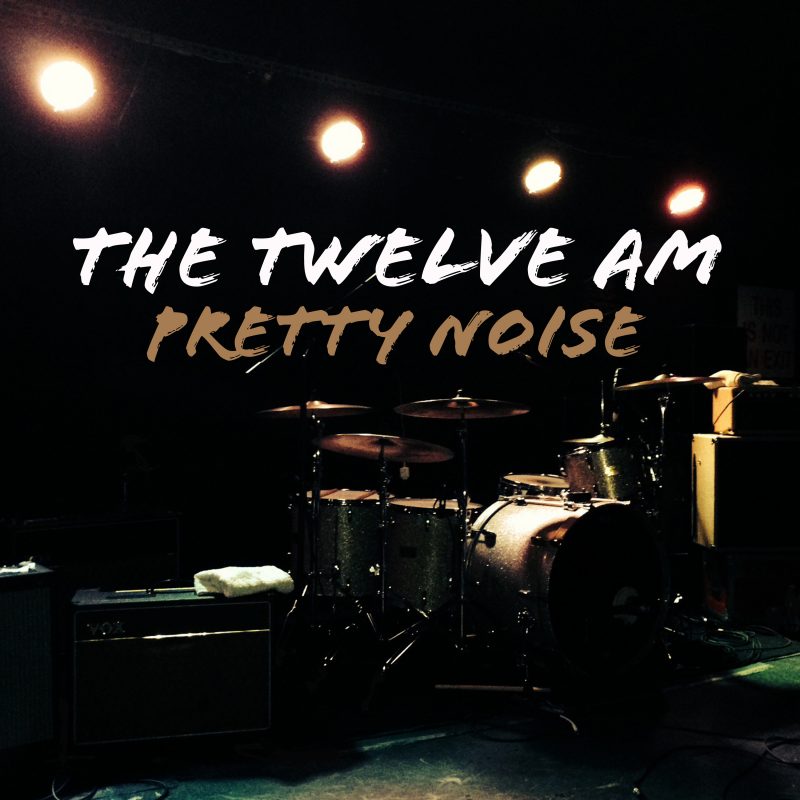 The indie-rock trio from from Connecticut known as, The Twelve AM, formed in 2017 with members Chris Champagne (songwriting, vocals, guitar), Steven Michels (bass), and Lee D’Ambrosio (drums).

“We dress these songs up with big chords and attitude, but they’re pretty naked if you look close.”

—Chris Champagne, The Twelve AM

Describing their sound as, “Buddy Holly and the Crickets on Red Bull and Marshall amps”, the boys have poured years of musical know-how—as well as their unquenchable thirst for steely rock’n’roll—into their debut album, Pretty Noise, a lively, riff-infused collection to be released on January 18, 2019.

Punk Drunk, the album’s opener, brings to mind a kaleidoscoping collage of rock influences which span the 80’s, 90’s and early 2000’s. It’s hard to wrangle them all in, but off the top of my head:  Something Corporate, Green Day, Def Leppard, and Goo Goo Dolls come to mind. The guitar distortion is delicious, and Champagne’s vocals come off as a bit Joe Elliott-esque. It’s well done, and is certainly the track with which to open up a rock album.

Throw caution to the wind. You only live once. Carpe diem! That’s the idea in, Run With The Bulls, another cool fusion of hair-metal meets millennial rock. 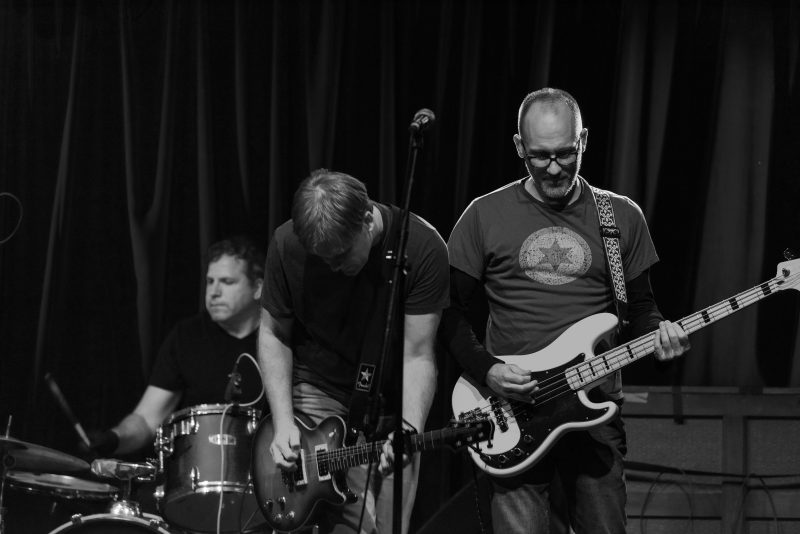 Guitar Boys sees a temporary and tasteful retreat from the electric onslaught, trading-in their power-driven axes for the acoustic version and a warm piece of writing… (Think: Goo Goo Dolls.)

OUR FAVORITE TRACK…
Heart Beats tells the tale of a sweet rock’n’roll love affair. It’s lively and endearing, and sweet’n’grimy all at once; a really—really—-solid pop-rock tune. (Think:  Blink 182.)

“I can’t help this heart beats with a drum…”

Totally digging the acoustic intro which opens, Empty, the album’s nostalgic and relatable song of regret.

While the Def Leppard overtones are sprinkled all over this album, they are never more present than on the project’s closer, My Autumn. Be sure to stick around for the ambient finish.

IN CONCLUSION…
Textbook rock and roll composition. An authentically handmade feel and sound throughout. An album that tells you there’s a good live show waiting for you. The Twelve AM’s debut album, Pretty Noise, spills over with legit, multi-era-spanning rock themes and production. While the guitars shine in a bright and beckoning light, it is Lee D’Ambrosio’s keg-cracking energy which arguably holds the energetic candle for the album—from start to finish— it’s a robust percussion which demands your attention. All in all, this is a fine rookie effort for a trio whose energy suggests they’ve got many more in them.

WHOSE LOVECHILD…?
Def Leppard meets Green Day and Blink 182 with a twist of Goo Goo Dolls and few more…

BELOW:  Listen to The Twelve AM’s new album, Pretty Noise, and connect with their website and social media platforms. Please support The Twelve AM by visiting them online, and playing, downloading, and/or purchasing their music, or attending a live show! And, as always, thank you for supporting real music!

Listen to PRETTY NOISE by THE TWELVE AM: