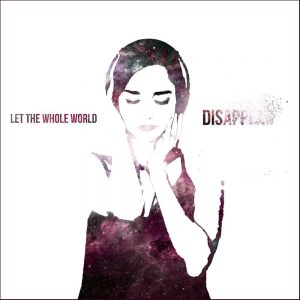 Married in 2013, St. Louis native Jared Cattoor (guitar, composer), and Bulgarian born Anna Yanova-Cattoor (lead singer, lyricist, composer) eventually formed their duo, Two Cities, One World (TCOW)—a name that not only symbolized the great lengths the universe went to bring them together, but also, touches on their dedication to inspiring everyone who comes into contact with their work. For, as Jared has said in his own words, “We’re not just creating music here. We’re about a lifelong dedication to supporting people positively in the world.”

To no surprise, this couple’s influences range from Snarky Puppy and Stevie Wonder, to Michael Jackson, Norah Jones and more. Their previous works include Anna’s 2013 solo debut, Up!, as well as the TCOW’s 2014 debut release of the EP Together. Most recently, however, is their full-length album, Let The Whole World Disappear, a deluxe blending of everything these two hold musically near and dear to their hearts.

Love Blues sees electric notes, organ, and a full brass section creating a sound to which you’ll have a tough time sitting still. I’m immediately impressed at the complexity of the composition. This duo has vision.

“We’re not just creating music here. We’re about a lifelong dedication to supporting people positively in the world.”

The silky liberation melody on Honey Sweet Voice is instantly accessible. Once again, the mix of elements is impeccably executed, and placed perfectly around Yanova-Cattoor’s vocal charisma… 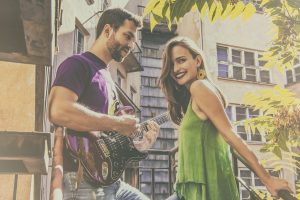 “Don’t lie to me boy, with your honey sweet voice
I am not your toy, I have made my choice”

The short and sweet, She’s A Beauty, lends great credence to this duos ability to capture a mood and a moment—just the two of them. Primarily a duet between Jared’s guitar and Anna’s vocals, the simplicity of the track allows a subtle brilliance to come across.

Our Favorite Track:
Picking up where She’s A Beauty left off, In My Dream oozes of smokey cocktail lounges, and intimate venues. As far as I’m concerned, Anna and Jared are at their best when it’s just the two of them:  one singer, one guitar. Their chemistry is sultry and undeniable, and this track caps the album wonderfully.

Razor sharp and witty composition are the undeniable backbones of TCOW’s sophomore effort, Let The Whole World Disappear. Both Anna and Jared are clearly gifted with the vision to tie together complex and intricate arrangements—while keeping them clear and compelling. In addition to a crisp and refreshing instrumental effort, Annas’s smokey-smooth vocals have a classic, universal appeal that—dare I say—is impossible to resist.

Whose lovechild…?
A blend of Nora Jones and Ashanti.

BELOW, you can listen to Two Cities-One World’s album, Let The Whole World Disappear, and connect with their social media platforms. Please support Two Cities-One World by visiting them online, and playing, downloading, and/or purchasing their music. And, as always, thank you for supporting real music!