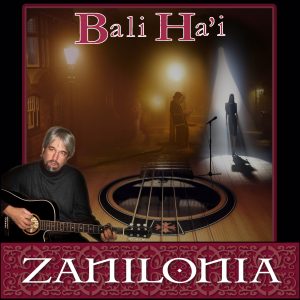 After first acquainting us with his music back in March of this year, David Zee of virtual ensemble Zanilonia has presented us with another single release. While You Disarmed Your Robot Army was a “wildly imaginative, no-holds-barred” creative endeavor of the original variety, today we’re taking a closer look at Zee’s take on a silver screen classic – Bali Ha’i from South Pacific.

Zee’s boundary pushing style of writing and production gives us quite a bit of insight to how he approaches his cover material – and it’s in a very similar vein. Those familiar with the original version of this song will recall a sweeping, theatrical vocal and rich orchestral instrumentation, but you will find none of this in Zee’s rendition. He brings a true contemporary angle to the production with definitive indie-rock roots. We’d be willing to bet that this is the first attempt at an arrangement created nearly entirely of synths for this track, and Zee’s selection ranges from heavy and industrial to bright and ethereal. It’s electronic and dissonant, but still wholly recognizable – the original has not been lost in this novel adaptation. The alternative rhythmic timing of the vocal melody brings some prog-rock influence clearly to the forefront as well.

The vocals are another creative change-up. Zee has spoken of his own vocal abilities, noting he doesn’t have the “hit the back row” kind of power that the original rendition of Bali Ha’i calls for. So he performs the track very much in his own style, which brings simplicity, clarity, and modernity to the work. The toned-down rendition also allows the lyrics to be consumed differently; when the listener’s focus is not on the sheer power of the vocals, the word choice comes into much greater focus. It’s a very thoughtful and unique interpretation of a song that has been historically recorded with the original production in mind. 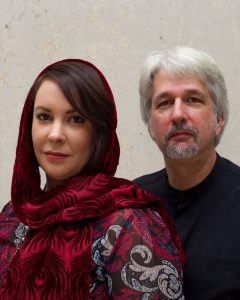 The originality that is always on display in work from Zanilonia is endlessly impressive. This cover of Bali Ha’i is a stellar example of the kind of unexpected doors that untethered creativity can open. This cover is as innovative and imaginative as it gets, and it absolutely leaves us interested as to what music David Zee might set his eyes on transforming next.

BELOW:  Listen to Bali Ha’i and connect with their website and social media platforms. Please support Zanilonia by visiting them online, and playing, downloading, and/or purchasing their music, or attending a live show! And, as always, thank you for supporting real music!

Listen to BALI HA’I by ZANILONIA: