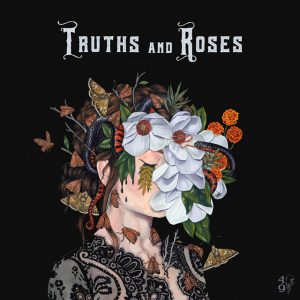 Gothic-Americana-alt-rock-folk band 49 Burning Condors have a really cool thing going on. In an era where genre mashups are trendy and often executed at a mediocre level at best, this Philadelphia based group has done a masterful job combining the genres they identify themselves as, resulting in a dark and heavy, stomp-and-holler yet still definitively rock-n-roll feel. It sounds like a lot, and it is – in a very good way.

Their most recent single Marigold Lake was purportedly inspired by the myth of Mycal, one of the first witches recorded in history that was known for calling the moon out of the sky. This is the band’s first single off of their new EP, Truths and Roses.

The track announces the band’s particular smoky brand of acoustic Americana goodness right away, with a deep, swampy guitar and husky female vocals that quickly opens up into soaring powerful notes, slightly reminiscent of a young Stevie Nicks. And the resemblance couldn’t be better placed, as the lyrics regale us with the story of a young witch coming into her own.

As the track progresses and we add the heavier percussion, fiddle, and later strings, the listener gets a sample of each genre that 49 Burning Condors has to offer. What starts as an acoustic track feels full on alt rock by the beginning of the first chorus, with layers of instruments, eccentric melodies, and a driving rhythm section. The track dances between these two distinct sounds, with a sprinkling of cinematic, orchestral moments for good measure, but it never feels forced despite the wildly contrasting elements. Instead, it feels effortless and natural.

We love everything about 49 Burning Condors. Their innovative genre combination, their captivating, evocative songwriting, their complex production choices and their excellent individual performances, tied together with an especially spellbinding lead vocal. But we think the band’s own description of themselves might do the best job of compelling you to take a listen: they are “[a] band inspired by ghost stories, good-for-nothing witches, and tales of sinful cowboys told at unseemly hours of the night over a straight glass of whiskey.” If that sounds like something you’re into, do yourself a favor and hit play on Marigold Lake below.

BELOW:  Listen to Marigold Lake and connect with their website and social media platforms. Please support 49 Burning Condors by visiting them online, and playing, downloading, and/or purchasing their music, or attending a live show! And, as always, thank you for supporting real music!