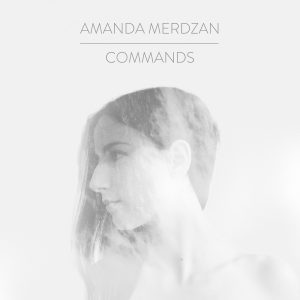 This is the most excited I’ve been about a musical discovery in quite some time. Australia’s Amanda Merdzan is a perfect example of the creative freedom that independent music is—more and more often—becoming known for. Merdzan’s first album, 2013’s The Map Has Been Redrawn, was a very successful acoustic guitar-based singer/songwriter collection.

Three years later, now based in London, this wildly talented singer/songwriter/producer has—with no exaggeration—completely reinvented her sound. Or, at the very least, she has added an entire new arsenal of sound to her repertoire’s pallet. Her new album, Commands, is an indescribably enchanting and soulful collection of down-tempo electro-pop. Rich waves of heavy synth, piano, and layer upon layer of magically reverb’d vocals come together to form a body of music which pulls you in and holds you fixed…until it’s through with you. So, let me state this now:  This album cannot be over-hyped.

Our Favorite Track:
The 5-track EP album opens with our favorite, Glow. The very first note—an emotionally-dense synth chord—somehow exudes the intention of the entire album to follow. And then, there’s Amanda’s vocals… “Waiting for the smoke to explode into billowing clouds. Sending signals out, white flags, waving in the wind…” As a trip-hop-esque beat drops, it soon collides with growing orchestral layers of synth and keys, and once again, that voice.

The album’s electro-minimalist beauty continues with the devotional, All Of You, and then, into Matter, a track that mixes string and bow delicately into the sonic symbiosis, with, once again, that voice… 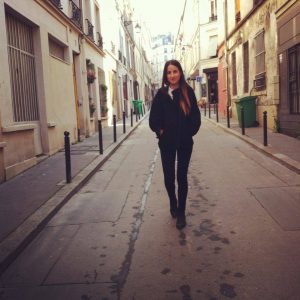 There are ways to measure talent…ways to validate, ways to know—for sure—that what you’re hearing, what you’re loving…is real, legitimate. One such way is this:  When all music drops away, and the only thing that remains is a voice—and that voice alone holds you still…you know. During Flame, at about the 1:25 mark, for approximately eight seconds, Merdzan’s voice is accompanied only by a bass-kick and snare. That eight seconds is, perhaps, the most gripping on the project. Her voice alone is enough. She’s legit.

Bury The Rest lets us know that Amanda is going to be just fine. You see, lyrics like these aren’t written until one is strong enough to look back. It’s always great to go out strong, and it doesn’t hurt to end your album that way either…

“I don’t feel you, like I used to
There’s nothing here to, remind me of you”

One gets the feeling that creating Commands was essentially therapeutic for Merdzan, as its subject matter is heavy with love and loss, passion and confusion, defeat and vindication. Her own press release describes the project as being driven by, “The challenges faced in hiding a same-sex relationship, the complications in disclosing the truth, and the breakdown of a close friendship…” This conflict comes across, beautifully and articulately, though in a non-tragic manner. Merdzan is not feeling sorry for herself. She is—she has—very carefully, modestly, subtly, liberated her heart. And, she’s done so without lashing-out and scarring the source of her pain. What does that mean for you and me? It’s dark, it’s light. It’s freeing, it’s enslaving. It’s grounded, it’s celestial. It’s just damn beautiful music.

Whose lovechild…?
Merdzan sounds like Aaliyah infused with Sade. (Yeah…it’s that good.)

Below, you can listen to Amanda Merdzan’s new album, Commands, connect with her website and social media platforms, watch her music video, check out her live show/tour schedule, and find her booking & contact information. Please support Amanda Merdzan by visiting her online, and playing, downloading, and/or purchasing her music. And, as always, thank you for supporting real music!