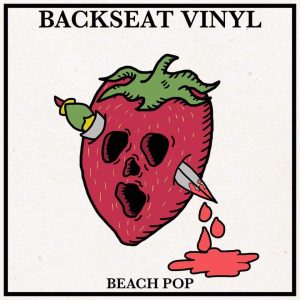 Listen closely, pop/punk/garage-rock lovers, we just may have your next love. No—I’m not joking.

Fresh from Denver, CO, where they perform regularly in the downtown area, Nate Fuller (lead Vocals, lead guitar), Keenan Clarke (drums, backup vocals), and Trevor James (bass), have known each other since high school and credit this tenured relationship with—what I’d like to suggest—is a fairly obvious musical chemistry.

Influenced by artists such as Wavves and Fidlar, this young trio has previously recorded several other projects, including, 2016’s Scratch My Way to Heaven, and 2017’s Beach Sounds, as well as a host of other singles. Their new single, Beach Pop—which was recorded at The Spot Studios in Lakewood, Colorado—holds true to its predecessors in that it does not fail to entertain.

“I never tried to be the knives that you’re throwing.”

An anthemic ode to millennial apathy and indecision, Beach Pop opens with a grimy bass line, lo-fi percussion, a seriously distorted guitar riff, and Fuller’s vocal jig—which wanders creatively, though never trips off-key. The song then—quite literally—explodes into a synth-infused, Killer-esque, razzle-dazzle that fills your headphones with a wall of angsty, sarcastic, pop-rock spectacularness. (I said, god damn, this is a good song!) 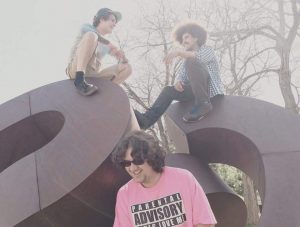 BELOW, you can listen to Backseat Vinyl’s single, Beach Pop, and connect with their website and social media platforms. Please support Backseat Vinyl by visiting them online, and playing, downloading, and/or purchasing their music. And, as always, thank you for supporting real music!