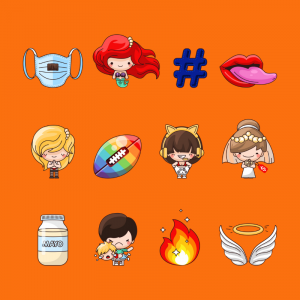 A quick disclaimer before we dive into this one… this is not for the faint of heart or the easily offended!

Comedy music act Ben Dover is a lifelong musician and comedy enthusiast. With over fifteen years of performances under his belt, Ben has taken inspiration from some of the most forthright comedians of the modern age, such as Dave Chappelle, Flight of the Conchords, and Tenacious D. This year, he’s woven his own brand of straightforward, unapologetic comedy into his debut album, Ladies and Gentlemen, Ben Dover.

With the leading track titled Masks are for Nazis, it’s clear that Ben is absolutely unafraid of the opinions of others, immediately taking a firm stance on what has been an extraordinarily divisive issue over the past year. And he does so with enthusiasm and an extraordinarily catchy pop-tinged melody. But the message – which is that wearing a mask is very much nothing like being a Nazi, by the way – is absolutely relevant and delivered smartly.

Age is Just a Number to Me is, in the context, a little heartwarming. Ben details his enthusiasm for women of any (legal) age, even letting the ladies know that at “bingo time I’ll be a gentleman, take your pills I’ll give you your medicine“. A catch, undoubtedly – and he sells it vocally to boot, with a warm, clear tone that allows each and every ludicrous lyric to be perfectly audible. 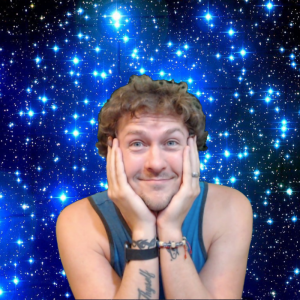 Thots and Prayers pokes fun at the constant wishing of “thoughts and prayers” in times of trouble. Ben brings in a very appropriate gospel tone to this track, with much of it being delivered in preacher-esque style. A particularly funny moment occurs in the second verse, where he declares “some of you may be saying I’m a pimp, but if that’s what it is then I’m a pimp for the lord, can I get an amen?”

We also love the hip-hop presentation of a hyper-focus on an old stereotype for white people in Throw Some Mayo on It, as well as the ballad approach (perhaps softening the blow?) to the undoubtedly controversial – but musically beautiful – Football is Gay.

Ben Dover is, at his core, absolutely fearlessly pursuing his comedic truth, and a true commitment to such a challenging, contentious craft is hard to find. He’s knowingly taking up topics that are absurd, edgy, oftentimes obscene – and clearly giving one hundred percent to each and every ridiculous idea. Beyond the bluntness of his comedy, however, is legitimate musical skill. This is a collection of well-rounded, pop-based tracks that are minimalistic enough to let the outspoken, caustic comedic lens that Ben has adopted be the star of the show. Fans of early Bo Burnham and South Park will find a lot to laugh about on Ladies and Gentlemen, Ben Dover.

BELOW:  Listen to Ladies and Gentlemen, Ben Dover and connect with his website and social media platforms. Please support Ben Dover by visiting him online, and playing, downloading, and/or purchasing his music, or attending a live show! And, as always, thank you for supporting real music!

Listen to LADIES AND GENTLEMEN, BEN DOVER by BEN DOVER: