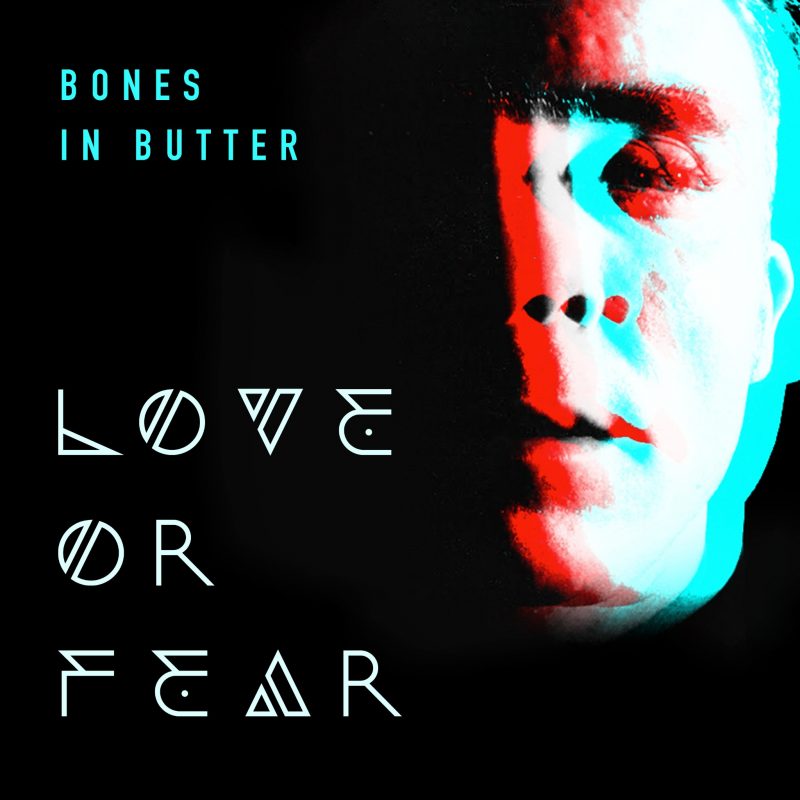 Below, you can read our interview with Milutin Krasevic of Bones In Butter, and listen to his album, Love Or Fear. Check out our full music review of LOVE OR FEAR, HERE.

Q:  Hello Milutin! You’ve previously mentioned that, “Bones in Butter is Milutin Krašević, last man standing among a group of fellow musicians who shared a common vision to blend beautiful melodies and harmonies with the darkness and thoughtfulness of the Post-Punk era into a unique style.” Who was that group of musicians? When did that group form & dissolve? What was the reason for its end? How does solo-life suit you these days?
A:  That band was called Kasual. It was a project initiated by my friend Angelo (guitars, drum computer, vocals), and me (guitars, synths, drum computer, vocals). I had just broken up with a girl, and he had recently experienced similar heartaches, so there was an abundance of creative energy around and we decided to channel it.

The band was formed in 1994 and dissolved in 1996. There were the two of us. We shared songwriting duties and each sang the songs he’d written. Then, we had a bass player, a drummer, a didgeridoo player, a girl who assisted us with djembe, and another girl who sang backing vocals. We were quite an interesting bunch with an interesting sound. I think one day I’ll upload our stuff to the internet.

Unfortunately, soon we were struck by the Yoko Ono curse, for I got involved with the backing singer. What a pity, I was young and foolish. It still makes me cringe when I think about it. Today, solo life as a musician suits me well. I have a family and I have certain priorities I need to consider. You can’t do that when you’re in a band.

Q:  What kinds of unique challenges have you faced as the son of Yugoslavian immigrants living in Lucerne, Switzerland?
A:  As a matter of fact, not many. My parents emigrated in the early 60’s. My father was a civil engineer and was hired by a Swiss company, so he moved to Switzerland. Back then, being a Yugoslav immigrant in Switzerland was no big deal. Xenophobia was nonexistent. I was born in Switzerland, grew up with Swiss children, went to school with Swiss students, etc. Only, my name sounded different and wasn’t easy to pronounce. So, all in all, that was probably my only challenge as far as I can remember.

Q:  Your parents sent you to piano lessons at age 7, though it only lasted a year. Did you ever pick up the piano again?
A:  Sure. I had always liked our piano, always liked to play around with it. I just did not like piano lessons. Later, when I got my first synth, I could not let go of the key.

Q:  What was it about The Beatles, Simon & Garfunkel, and The Electric Light Orchestra that so thoroughly inspired your pop-rock dreams?
A:  The Beatles and Simon & Garfunkel? Well, they just made wonderful music. I loved the melodies, the harmonies. They filled my head, made me sing and whistle all day. They simply made me feel happy.

As for ELO, wow, that was a totally different experience. I was probably 10 years old when I heard them the first time and their music just blew my mind. That was serious stuff, I thought. All these instruments, voices, the song structures, harmonies, they just swept like a hurricane through my mind and definitely left a deep mark on my fragile soul. OK, I’m joking now, but it surely felt that way back then. 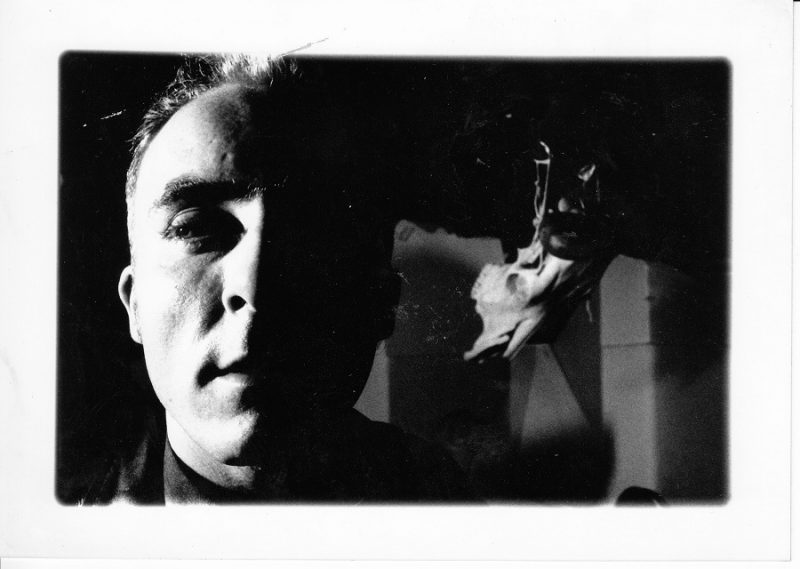 Q:  Punk Rock inspired you to pick up your father’s old guitar. What kind of guitar was it? Do you still own/play it?
A:  It was an old classic guitar that was hard to tune, I remember. It was a bad guitar. To answer your other question: No, I no longer have it. I’m not very sentimental in that regard. I got rid of it as soon as I got a better one.

Q:  Tell us about your new album, “Love Or Fear”. Is there something specific you’re trying to express with this collection of songs, or is it thematically more general? How long did it take to record? Do you have any fun session stories you can share?
A:  As you’ve specified in your question, it is a collection, or rather selection, of songs I wrote last year. They center on the topics of love, fear of love, and fear in general. Hence the title.

I wrote and recorded them in my bedroom. Sadly, I had sold all my music gear (sampler, guitars and amps) before moving to Belgrade. Consequently, the first versions were made solely using plug-ins and a 32-key midi controller. I was quite happy with the results at first, for these were the first songs I had made after many years of abstinence from music. One day I may release these first versions, probably under the title, “Love or Fear Plugged-in”, or something like that.

However, the more I listened the more I realized how much I actually sucked at rhythm programming. So, I decided to find a live drummer who would breathe new life into my music. When I found him and when he sent me his drum stems for the first song, I was sort of blown away, to put it mildly. That sounded so good, so much better than my electronic version. And one thing led to another. Next, I had to have a bass player. Soon I found one. Then, I needed a guitarist. A good one. Done! And I found another one, and that one also played the e-bow. Great! Also, a female vocalist seemed a nice addition, the cherry on top.

And finally, all was well. The funny thing about it all is that I really wanted this to be a solo project accomplished by me, a one-man-army so to speak. Instead, I ended up gathering a group of extremely talented musicians who shaped my project in ways I couldn’t have imagined. I’d like to take this opportunity to thank them again from the bottom of my heart for their collaboration.

Q:  Does music feed you, or do you make your living another way?
A:  To be honest, I never considered myself talented or proficient enough in any instrument to give up my day job, which is translating from English to German or to Serbian and vice versa. Now that I have retired to Serbia and resumed songwriting, I hope this will change.

Q:  Perhaps in some unspecified amount of time, your musical career explodes in the best of ways…what does that look like for you?
A:  Well, for starters, that would be awesome! I could finally treat the bedroom for home recording, place some acoustic panels, diffusers and stuff, and justify this to my wife. She would no longer feel the urge to kill me in my sleep.

Q:  You get to collaborate with anyone of your choosing. Who is it?
A:  Oh, that would be Jeff Lynne, hands down.

Q:  Your favorite album of all time?
A:  “Real Life” by Magazine

Q:  Your favorite song of all time?
A:  “Jinx” by Tuxedomoon

Q:  What would you like fans to know about you that they’re most likely unaware of?
A:  Maybe that I am older than the average independent artist and that it’s never too late to rock ’n’ roll (to paraphrase Mr. Ian Anderson).

Q:  Any shout-outs you wanna make?
A:  Sure, I’d like to greet my old friend Davor in Switzerland who encouraged me to resume songwriting and who provided some interesting analog recording gear.

Q:  Anything else you’d like to add?
A:  Stay at home and don’t let the Frenzy drive you nuts!

<< Go to our full music review of:  Love Or Fear by Bones In Butter

Listen to LOVE OR FEAR by BONES IN BUTTER: