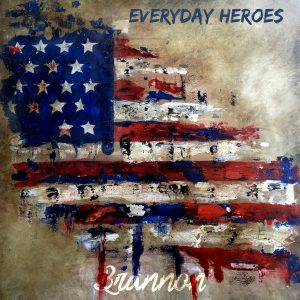 The critically acclaimed members of Brannon have been in the “virtual band” game long before the current pandemic made it a popular method of releasing music. Award-winning songwriter Jonathon Brannon and studio vocalist David Cagle have never met in person, despite creating music together since 2007. Previously, they’ve released two acoustic rock albums (Welton St. in 2014 and The Road Less Traveled in 2017), alongside two collaborative hip hop albums and several singles across multiple genres. Their most recent work – an album titled Everyday Heroes – is set to release on September 11th, returns them to their acoustic rock roots.

Based on opposite sides of the country – Brannon is from Los Angeles, Cagle from Birmingham, AL – the two have been successful in their own endeavors outside of the current project. Lyricist Brannon is a prolific writer who strives to create heartfelt, relatable music for his listeners. Cagle has worked with multiple other bands, providing vocals for LastWorld, Marty and the Bad Punch, Liberty n’ Justice, February Fallen, and Silent Tiger.

The upcoming album showcases everything there is to like about true acoustic rock music. With minimal instrumentation and clean production, the songs on Everyday Heroes quickly become the focal point of the record, brilliantly highlighting both Cagle’s vocal abilities and Brannon’s lyrical skills in a way that makes it clear the skills of both members of this duo complement each other extraordinarily well.

The album opens with I’m Alive, a perfect example of everything that Brannon has to offer. The melody is completely suited to Cagle’s crystal clear, powerful vocals, and the lyrics are heartfelt and moving. The harmonies in the chorus are particularly well-executed, adding depth to the production on the track without taking the focus away from the acoustic arrangement.

I’ll Carry You With Me has a beautifully picked guitar intro that complements the mellow tones of the track. The chord changes aren’t predictable in a welcome, refreshing way, and still, the track still remains cohesive. The unexpected twists and turns of the melody as we progress through the song do well to hold the listener’s attention. The outro almost feels like an improvisation of the hook’s melody, and the free-flowing nature of those lines lends even more emotion to the song.

We also like Ghost for its unique story. This song talks of how difficult it can be to move on from a relationship when it feels as though the person you’ve left behind is still everywhere you turn. There’s also a surprise addition of an electric guitar solo in the second half of this song, an enjoyable discovery. But the lyrics of this song are unquestionably the high point, painting a picture for the listener in a concise, relatable way:

“I wake up beside you, but you’re not really here
You’re frozen in time, and I wish I was there
You walk round this house like you don’t have a care,
leaving your imprint for me everywhere.
Why won’t your ghost go and just let me be?”

The title track Everyday Heroes has a message that couldn’t be more relevant given the current state of the world when so many are sacrificing so much for the benefit of others. Nobody is more worthy of high praise right now than parents, teachers, first responders, and all those in our communities who have been working overtime to keep things feeling as normal. Brannon has done a masterful job of expressing their gratitude to each of these groups in this track. The anthemic vibe is more than appropriate, and Cagle’s vocals are full of intent, really driving this sincere message home.

Authentic, soulful acoustic rock. Well crafted songs and brilliant vocals that keep you coming back track after track. You don’t need to hide behind complex instrumentation or heavy production here – these songs and lyrics written by Jonathon Brannon stand all on their own. That said, the exquisite vocal performances from David Cagle only make this album even more enjoyable to listen to. Brannon has done a phenomenal job on this album of differentiating themselves in a genre that has proved to be challenging to stand out in. For the acoustic rock fan, Everyday Heroes is definitely worth a listen.

BELOW:  Listen to Everyday Heroes, and connect with their website and social media platforms. Please support Brannon by visiting them online, and playing, downloading, and/or purchasing their music, or attending a live show! And, as always, thank you for supporting real music!

Listen to EVERYDAY HEROES by BRANNON: