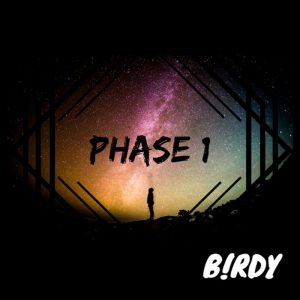 While studying music technology at the University Of Sussex, a friend introduced Brighton, UK native Nick Bird to the electro-world of drum and bass (DnB).

The snowball started rolling down hill quickly when Nick then decided to make of few of his own tracks, and thus, B!RDY was born.

Creating every aspect of his debut, solo project on his own, Nick kept things simple, using only a humble laptop to give birth to his first album, the aptly titled, Phase 1.

The album’s title track, and album opener, Phase 1, opens with a 24-second ocean-wall of razor-synth sound, which then breaks into a angsty DnB groove. The cycle repeats again, creating solid contrast for a track that belongs on the next blockbuster video-game score.

Changes opens with several bars of ultra-ambient, airy tones, which quickly get slapped upside the face with more of that grimy DnB.

Following in the steps of its predecessors, Mr. Gurns, opens with a swirling haze of celestial synth tones which blend quickly with military-esque snares. It all gives way, once again, to that hammer & nail style of DnB that can safely be ID’d at this point in the album as B!RDY’s sound. 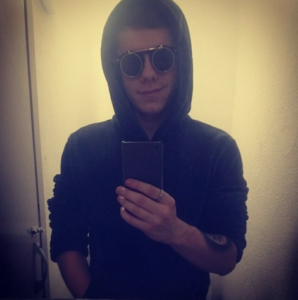 Our Favorite Track…
Filthy Gas, again, lulls the listener into near hypnosis with almost a minute of airy tones. Then, at 1:08, B!RDY tosses in the most deliciously abrasive EDM tone I’ve heard in some time. I can think of no comparisons. You’ll simply have to listen for yourself. (It’s kind of like dragging your record player’s needle across the vinyl with the volume cranked…but doing it in the right key.)

The album says goodbye after 4:15 of the edgy darkness known as Painkiller, a track which is instantly reminiscent of 90’s electro-legends, Chemical Brothers and Prodigy.

In Conclusion…
Like the soundtrack to YouTube’s next episode of Humans Are Awesome, the sonic dynamics of B!RDY’s debut, solo album, Phase 1, yank the listener back and forth between abrasion and elation, the uppermost exuberance and the lowest crawl. One second it’s smooth ocean water in the moonlight EDM. The next, it’s a twisted metal grinding on metal in the darkness, dub-step melee. And, at the end, it’s interesting and it works. If you’re into EDM with wild, unpredictable transition and contrast, this album is for you. All in all, it’s an impressive first effort from this young talent.

BELOW:  Listen to B!RDY’s debut album, Phase 1, and connect with his social media platforms. Please support B!RDY by visiting him online, and playing, downloading, and/or purchasing his music. And, as always, thank you for supporting real music!