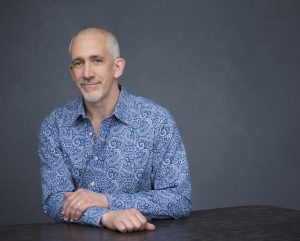 Brian Field is fast becoming a favorite composer of ours. We’ve most recently reviewed his works Kaleidoscope and Vocal Works, and both have been received as jaw-dropping, awe-inspiring compositions. It would be easy to expect the extremely well-accomplished Field to simply maintain the high-caliber status quo that he has set for himself with his subsequent releases – but somehow this next project supersedes the expectations set by the previous two. Three Passions for our Tortured Planet is climate change awareness project that brings us a gripping and immersive tale of natural disasters and an emphatic cry for change.

Three Passions for our Tortured Planet is broken into three movements. The first, entitled …fire…, is composed with such vision that the subject could perhaps be guessed with almost no knowledge of the subject at hand. It so clearly represents a growing wildfire (Field has said this is to represent the fires raging in California), starting small and unassuming and quickly growing into something that feels unruly and chaotic. Throughout this movement, there are moments of tension, of unpredictability, of fear – even brief illusory moments of calmness before the fire finally recedes. Like we’ve come to expect from Field, it’s a remarkable example of storytelling through composition.

The second movement …glaciers… is of an entirely different timbre. Almost otherworldly in execution, this track was inspired by the trauma being afflicted to the ice at the earth’s poles. Much of the movement is slow and resolute, creating feelings of power, regality and awe. But these are cut harshly by cacophonous  moments representative of glacial ice crashing to the sea below – brought to life by frantic, unexpected, and dramatic passages.

The piece concludes with …winds…. Delicate and inviting at the start, the movement very quickly builds to something much more intense. It has a roiling rhythm, creating an almost churning-like effect that mimics the swirling confusion of high winds that are nearly out of control. And yet it concludes with a gentle dissipation into almost nothing, leaving the listener with plenty to think about as we wonder about what happens the next time winds like these return.

Perhaps the most incredible element of this release is the community that Field has created around it. Calling it Artists of Change, Field has invited pianists from around the world to perform his composition in solidarity with the cause. Currently comprised of dozens of artists and growing quickly, Field’s work has been performed across the US, as well as in Europe, South America, Asia, and beyond.

This is profound work from Brian Field, bringing much needed attention to a critical issue of our time in a brilliant, highly expressive way. Fans of contemporary classical compositions of the highest level will find as much to love in this work as those who hope to see significant steps taken to end climate change before it’s too late. Both from a composition standpoint and a messaging standpoint, Three Passions for our Tortured Planet is nothing short of phenomenal.

BELOW:  Listen to Three Passions for our Tortured Planet and connect with his website and social media platforms. Please support Brian Field by visiting him online, and playing, downloading, and/or purchasing his music, or attending a live show! And, as always, thank you for supporting real music!

Listen to THREE PASSIONS FOR OUR TORTURED PLANET by BRIAN FIELD: