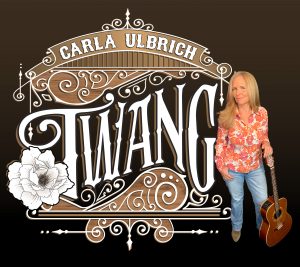 Born in South Carolina but currently based in New Jersey, comedic country songstress Carla Ulbrich is no stranger to the industry, with seven full-length releases under her belt since 1999. A true honky-tonker of the most genuine type, Carla has graced some of the country’s most iconic folk venues, from Kerrville Folk Festival to the Bluebird Cafe, earning accolades along the way like winning the South Florida Folk Festival Songwriter Competition, the Falcon Ridge Folk Festival Showcase, The Logan Awards (for excellence in comedy music), and The Just Plain Folk Awards (Best Novelty/ Comedy Album).

For her 2022 release, Carla has teamed up with the best of the best for her album Twang. Featuring Rob Ickes (dobro), Andy Leftwich (fiddle), Bob Malone (keys), Erik Halbig (guitar), and producer Bob Harris, Twang is endlessly entertaining, expertly composed and produced country/folk music that is overflowing with wit and originality. 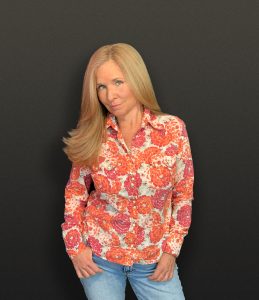 We’re treated to the all-too-relatable brand of Carla’s comedy right away in the opening track (Is It) Hot Enough For Ya. Tackling the clichéd phrases one always hears at the peak of summer’s heat, Carla’s vocals have a classic country vocal sound reminiscent of a cross between Dolly Parton and the Dixie Chicks. From the opening measures, the band of experts she has surrounded herself with is perfectly balanced and in sync, radiating cohesion and excellence in their craft.

While much of the album is lighthearted, there are well-timed doses of reality throughout. Darker and more haunting is 20 Rats. A commentary on addiction in today’s society, Carla speaks profoundly through metaphor, examining societal issues and pitfalls through an easily digestible story:

“Then Doctor Alexander came onto the scene He said
‘I’m looking at these rats. They’re disengaged.
These are social creatures trapped in isolation
The problem’s not the morphine- the problem is the cage'”

Fulfilling the promise made in the album title, (If You Could) Stop Tryin’ to Bring on the Apocalypse is a twangy, bouncy number that exudes a fun and danceable energy. Gritty guitar riffs, expert intricate dobro work, and a steady bassline abound as Carla decries the behavior of doomsday preppers to the sounds of an upbeat bluesy shuffle.

We also love The Recovery Waltz for its honesty. Fiddle heavy and pensive at its core, this track depicts the struggle of overcoming addiction akin to a lesson in dancing. It’s remarkable how well this track provides a simple look into a deeply complex problem:

At the conclusion of the album, we find the gem (Have You Tried) Not Being a Dick, encouraging an introspective look at one’s own behavior in a laughable way. A touch uncouth? Perhaps. A hook both pointedly critical and undeniably hilarious? Absolutely.

“If you’ve tried to split a hotel room
And your roommate preferred the car trunk
If you’ve taken a personality test and flunked
If your girlfriend keeps deflating herself
Or asks “Can you make this quick?”
Then maybe it’s time you asked yourself
Have I tried not being a dick?“

On preeminent display in Twang is songwriting that is just as much for the songwriter as it is for a fan. Thoughtful, accessible music with near-perfectly crafted stories throughout; there’s no fat to be trimmed here. Each line is delivered with purpose, weight, and – most often – with a hearty dose of humor to keep you coming back for more. The world of folk/country-comedy may be a niche genre, but for those who appreciate brilliant lyrical work, musicianship of the highest level, and authenticity radiating from each and every track, the work of Carla Ulbrich is a bonafide hit and Twang is well worth the listen.

BELOW:  Listen to Twang and connect with her website and social media platforms. Please support Carla Ulbrich by visiting her online, and playing, downloading, and/or purchasing her music, or attending a live show! And, as always, thank you for supporting real music!

Listen to TWANG by CARLA ULBRICH: