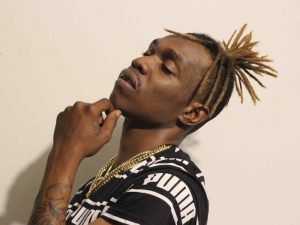 CEO Chino Marley has had a love of music from a young age and could often be found practicing rapping for his teachers. He also discovered a love for technology, and this affinity developed his ability to disassemble electronics to their core parts and put them back together. This intelligent, unique, and inquisitive skill set has permeated into his work as an artist and can be seen in both his tracks Blocc Sh*t and Shoot Yo Shot. Marley’s music pays attention to the details at every level, and the result is a masterful handle on his genre and some video masterpieces to accompany his stories.

Marley grew up between Birmingham, AL, and New Orleans, LA, and had a difficult start to life. With an absent father figure, he ended up on the streets, and later in prison, and while incarcerated missed the birth of his own child. This event became the catalyst for putting his music, entrepreneurship, and fatherhood at the center of his life. Now living in Atlanta, Marley has been named Southeast Independent Awards’ 2020 Male Hip Hop Artist of the Year and toured around artists such as Lil Jon, Mike Epps, and Pretty Ricky.

The official music video for Blocc Sh*t was filmed in true Hollywood style – this is a cinematic experience that feels more like a short movie than just a music video. There’s a great addition of some special effects here throughout, which helps to showcase the high-level production that went into the video’s creation as well as emphasize particular lines in the song. The track itself is a great showing of Marley’s writing and rapping ability – it’s unquestionably well-produced and immediately catchy.

Both the track and video for Shoot Yo Shot feature Sonta and King Ace alongside Marley. This track shows a more emotional side of all the artists involved. There’s a great R&B/pop feel to hook that really highlights the gorgeous, soulful vocals from Sonta, but both Marley and King Ace trade off impressively rapped verses as well. This video is also expertly shot and produced (credit to The Zoo for production here), moving the setting from the basketball court to the arcade as the song progresses, both tied to the literal and metaphorical theme of shooting your shot in both games and relationships.

As CEO Chino Marley directed the video for Blocc Sh*t and acted in both videos, it’s no question that he’s an artist with both limitless talent and potential. With clear writing and performing ability alongside his definitive eye for good video development, the sky is truly the limit for Marley and we can’t wait to see where his talent takes him.

BELOW:  Listen to Blocc Sh*t & Shoot Yo Shot and connect with his website and social media platforms. Please support CEO Chino Marley by visiting him online, and playing, downloading, and/or purchasing his music, or attending a live show! And, as always, thank you for supporting real music!

Listen to SHOOT YO SHOT by CEO CHINO MARLEY: