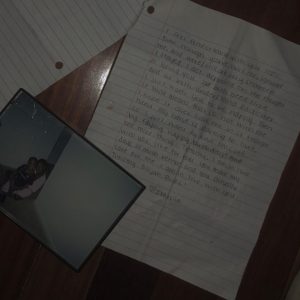 Many artists tell a multitude of stories on a given record. In his latest release, artist CHAINED TRACK THE DARK PRINCE tells just one. Based in Virginia Beach, he writes, produces, and markets all of his own music. He’s released two prior albums, CHAINEDTRACK: BEFORE THE DARK PRINCE (2015) and TBH (2016). His latest release is a self-titled album that tells a complex, emotional, and personal story.

“This album was inspired by a real story.
From start to finish.” 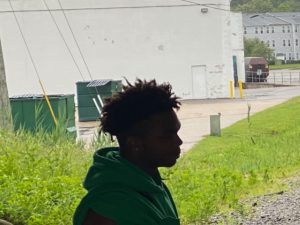 This most recent album is written like a rock opera, something that isn’t often seen in hip hop music. Each track ties into the central story and weaves a complex tapestry of pain, suffering, love, and loss. It breaks from the normal expectations of an album of this style and gives us an unprecedented presentation of the story at hand. This record is not for the faint of heart – it is raw, unfiltered, and explicit – and through these things, authentic.

The intro is a nice touch, inviting the listener to open their mind to the artist’s story. And as we progress through the album, we find a good amount of commentary – this is very clearly the telling of a story as much as it is a musical production. Several of these tracks are recorded conversations between the artist and his friends who help him through the challenges he’s facing. It gives the listener a very unique insight into exactly the situations and struggles that inspired each song. But this doesn’t take away from the music – this is still a quality collection of rap songs with great flows and production.

Victim of Love is dripping with emotion and intent. The gorgeous piano absolutely highlights the vulnerability that we can hear audibly in the vocals. We learn about his mother’s struggles with substances and how every person he has loved has caused him pain – a message so many can relate to, but delivered in such a personal way that we can’t help but feel some of his pain ourselves. Intense isn’t a strong enough word.

The track im so tired of this shit. brings the alt-rock vibes into the mix with a heavy, distorted guitar at its base. We can feel the artist has been worn down, the message of feeling like life isn’t worth living is loud and clear. The lyrics are unfiltered and dark- it’s impossible not to sympathize.

In blame yourself, after a multitude of tracks where anger and rage are supreme, we feel the artist come back down to examining his own internal strife. This track features heavily autotuned vocals as a stylistic choice, which actually brings out the emotion in the tone (and we get some commentary from the artists at the end of the track about its presence).

Kiss like 15, Kill like 666 is an 8 and a half minute monster of a commentary track that starts with a deep dive into the mind of the artist. He explains to us the entire dynamic between him and Isabella and the reasons things turned out the way they did. It’s a complete walkthrough of how their relationship struggled and why. It’s almost like a guide to the album – if you didn’t understand what was going on before this track, you’ll understand everything afterward.

Love Kills is a great summation track for the record. Like the album itself, this track is dark and dramatic, and the strings at the end really add a different tone to help to drive the message home. The lyrics seem to be a condensed version of the story that the artist has been telling over the course of this album. The emotion and intent in his voice are obvious – it’s not surprising that this is based on a true story, because the authenticity coming across in the vocals here makes it all that much more credible and real.

This album is raw, unfiltered, and unforgiving. An epic tale for the ages as told by solid musical choices. If you’re looking for a dynamic rap record that feels more like a movie than an album, CHAINED TRACK THE DARK PRINCE is for you. It’s a stellar example of the things that can be achieved when we step outside of the norms that one might expect from a musical album of any genre. Let CHAINED TRACK THE DARK PRINCE be your next experimental hip hop discovery.

BELOW:  Listen to the self-titled album and connect with his website and social media platforms. Please support CHAINEDTRACK THE DARK PRINCE by visiting him online, and playing, downloading, and/or purchasing his music, or attending a live show! And, as always, thank you for supporting real music!

Listen to CHAINEDTRACK THE DARK PRINCE: