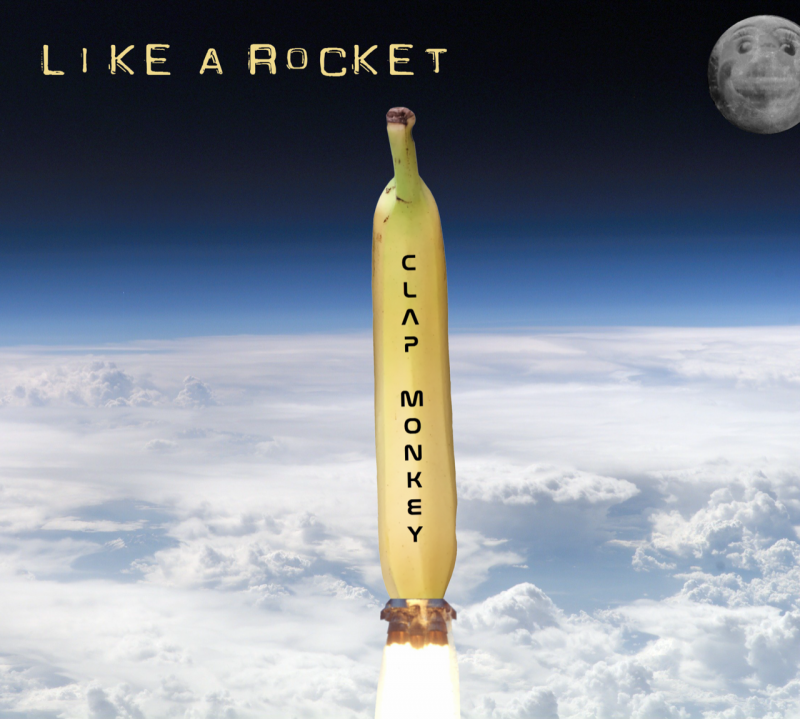 With a classically eclectic range of influences which include the likes of The Clash, Black Sabbath, Johnny Cash, and Tommy James & The Shondells, the minimalist duo from Raleigh, North Carolina known as Clap Monkey (named for member Anthony Neff’s favorite toy as an infant) formed in 2017 as a way of lightening their respective musical paths. Basically, life is short, and it was time to inject more fun into the music.

“Clap Monkey makes you want to dance, drink and think about what it all means…”

With an instant sonic chemistry, and a shared intention to simply have a good time, the two immediately began writing songs together. Now, 13 months after first starting to jam together, the 13 track album, Like A Rocket, will be released on Friday, April 13th.

Opening with the 80’s-era ZZ Top-esque, Night Leans Down, I’m wanna tell you, I was feeling this song from bar-one. A youthful ode to the magical night, this track has meaty guitar and substantive, nostalgic writing…

The punk-rock kick in the pants, Hands Upon The Wheel, is like Tony Robins meets early Green Day. 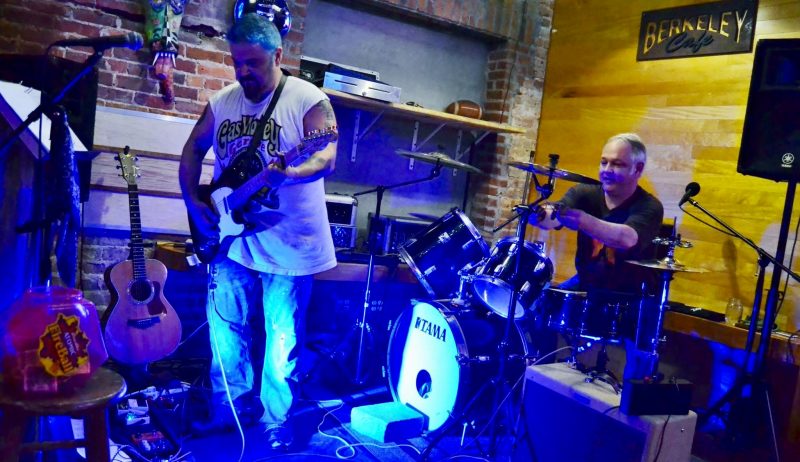 Early Flaming Lips meets early Smashing Pumpkins in the grimy, flanged-out guitar-drenched, Circle On Your Heart. It’s so incredibly basic and very killer. At this point in the album—only the third track, mind you—it’s already clear that these two know exactly what they’re doing.

OUR FAVORITE TRACK…
Caution to the wind. Take what’s yours. Rules and political-correctness be damned. Martin St boasts yet another dirty melody; and good lord, did he hit the harmonics four times during that solo?!?! Dig that.

The 50’s–meets–punk riff and vocal mix in, Rock Solid, create another great minimalist rock tune. The story of fatherhood via an old road-lover ain’t half bad either.

One high-tension cultural/political climate, one gravelly guitar, and a few kegs beat to oblivion. GDMF Blues sounds just as its name implies.

Concluding with Blue November Flame, the duo finally slow things down with this gentle, swaying, rock ballad, complete with a subtle electric solo which takes its time at 2:06.

IN CONCLUSION…
Technically this is my opinion. That said, one could argue that what I’m about to say is also as close to objective musical fact as rock’n’roll could possibly get. Clap Monkey’s debut album, Like A Rocket, is deliciously minimalist rock’n’roll with hints of punk, swing, 50’s, classic rock and blues. Guitar riff after guitar riff pay homage to classics such as ZZ Top, while also adding new and modern effects, and a raw, authentic energy. The writing is not only catchy and clever, but also intelligent—and dare I say—inspired. Vocally, both Mullins and Neff present with veteran timbres well within their respective wheelhouses. All in all, the project is wildly entertaining and wholly worth your time.

BELOW:  Listen to Clap Monkey’s album, Like a Rocket, and connect with their website and social media platforms. Please support Clap Monkey by visiting them online, and playing, downloading, and/or purchasing their music, or attending a live show! And, as always, thank you for supporting real music!

Listen to music from CLAP MONKEY’s album, LIKE A ROCKET: