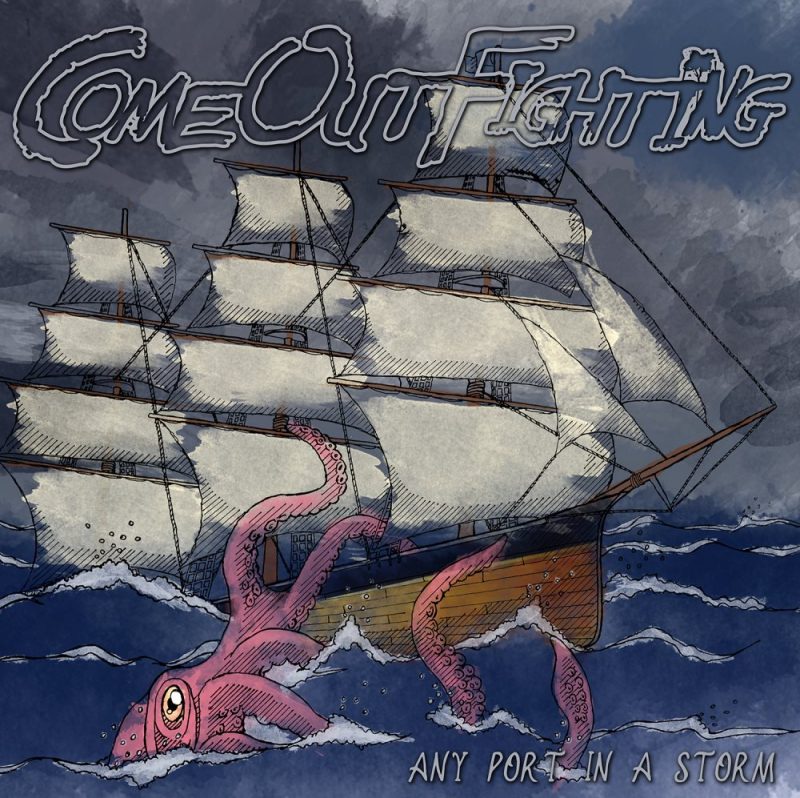 Influenced by the likes of 7 Seconds, AFI, Bad Religion, Minor Threat, and many others, Nick Rudowyj (vocals), Brian Stewart (guitar), Jose Garcia (guitar), Dan Bruce (bass), and Casey Husted (drums) have found a musical chemistry forged in the time-tested fires of performing together, as well as lives shared off-stage. That chemistry has brought us projects such as Youth Or What’s Left Of It, Fair Use, and Aweigh All Anchors.

Now, after 10 years in the hardcore-punk game, Detroit, MI’s fearsome and semi-political mob of musical unrulies known as, Come Out Fighting, is back with their forthcoming album, Any Port In A Storm, an album which promises to not only reflect on the culture, but also the band’s grind-like tour schedule over the past decade.

“We will play anywhere that has a PA and is willing to book a punk band. Hell, we’ve played places that don’t have a PA and don’t really book bands.” 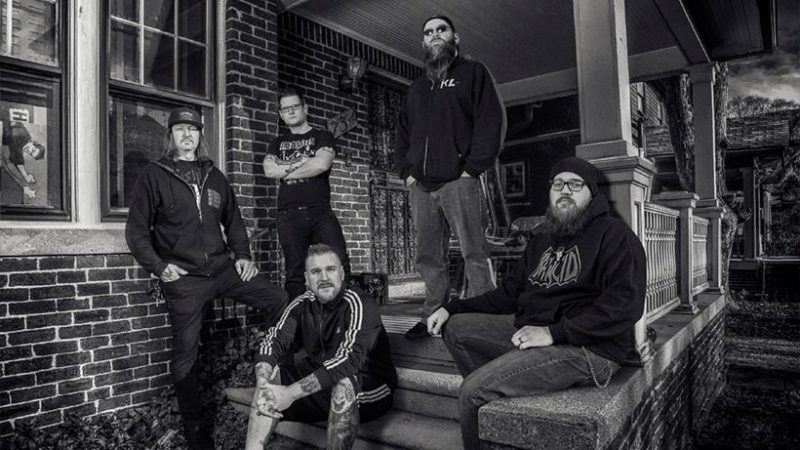 As a prelude to that album, the fellas have released their single, Soundtrack To A Shipwreck, the band’s anthemic testament to road-induced loneliness and fatigue.

Strong contrasting vocals, razor-sharp timing, relatable lyrics and a general edginess that can really only come from experience and timing (essentially, everything COF fans have come to expect) culminate to create this two minutes and eighteen seconds of punk-metal art, offering a raucously-encouraging glimpse into their forthcoming album…

“Don’t look down, if you’re afraid of heights
Hold my hand, it will all be alright
Don’t be scared, we’ll make it through
Call my name, I will be there for you…”

BELOW:  Listen to Come Out Fighting’s new single, Soundtrack To A Shipwreck, and connect with their website and social media platforms. Please support Come Out Fighting by visiting them online, and playing, downloading, and/or purchasing their music, or attending a live show! And, as always, thank you for supporting real music!

Listen to SOUNDTRACK TO A SHIPWRECK by COME OUT FIGHTING: